Death saving throws: a quick house rule for 5e and all editions

This is what D&D Basic (5e) has to say on the subject: 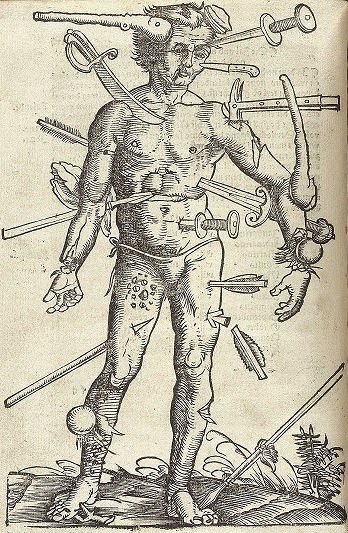 Falling Unconscious
If damage reduces you to 0 hit points and fails to kill you, you fall unconscious (see appendix A). This unconsciousness ends if you regain any hit points.

Death Saving Throws
Whenever you start your turn with 0 hit points, you must make a special saving throw, called a death saving throw, to determine whether you creep closer to death or hang onto life. Unlike other saving throws, this one isn’t tied to any ability score. [...]
Roll a d20. If the roll is 10 or higher, you succeed. Otherwise, you fail. A success or failure has no effect by itself. On your third success, you become stable (see below). On your third failure, you die. The successes and failures don’t need to be consecutive; keep track of both until you collect three of a kind. The number of both is reset to zero when you regain any hit points or become stable.
Rolling 1 or 20.When you make a death saving throw and roll a 1 on the d20, it counts as two failures. If you roll a 20 on the d20, you regain 1 hit point.
Damage at 0 Hit Points.If you take any damage while you have 0 hit points, you suffer a death saving throw failure. If the damage is from a critical hit, you suffer two failures instead. If the damage equals or exceeds your hit point maximum, you suffer instant death.

Well, it is not a bad rule, but not one I am very fond of either. I don't like is the idea that "a success or failure has no effect by itself". which apparently means they don't represent anything other than extra chances to get well. Also, I avoid the whole concept of "roll many times for the same purpose".

Instead, try this idea that I have adapted from my own RPG, Days of the Damned (although I'm sure someone, somewhere, must have thought of this before). If you don't play 5e, "disadvantage" means basically rolling 2d20 and picking the lowest (you can use a -4 penalty instead, or whatever works in your game).

If you are reduced to 0 hit points, make a death saving throw. Failure means you must tick one of three boxes: unconscious, disabled (which means incapacitated, disadvantage to everything, something from 3e, or whatever you like) or dying. When you tick all three, you're dead. Whatever rules you used for immediate death still apply (-10 HP, -CON HP, massive damage, etc).

You make no further death saving throws, unless: a) you are dying, b) you're incapacitated and decide to take any action, or c) you take more damage.

Success in this saving throw has no immediate effect (there are no "success boxes"), failure makes you tick another box. There is no stabilization or gaining 1 HP without healing, although you can heal yourself if conscious, or wake up unconscious (either one taking 1d4 rounds with help). You still take a while to be ok: for 1d4 hours, you have disadvantage in all rolls, including death saving throws.

Alternatively, just leave the ticks until you get decent healing, but they are only in effect when you're at 0 HP.

What's the point?
The idea is providing more variety, giving more options to the characters (that can consciously choose to fight to the death), and, specially, allowing for dramatic "conscious but dying" scenes.
Postado por Eric Diaz às 5:47 AM