The utility belt: a rule to fix cost, weight, and inventories, for any system

"How did you escape prison?", the warrior asked.
"The guard got too close to the cell. So I put my blade to his throat and took away his keys", said the thief.
"Your blade? I heard they'd took your sword the minute they got their hands in you! ".
"Well, I always keep an extra blade under my belt. Just in case".

Systems with detailed equipment rules often encourage players to go through extensive shopping lists in order to buy the stuff they want - and prepare for every eventuality. They may also encourage you to spend as much as you can, and carry as much as you can, as long as you stay within certain thresholds. No problem with that, really; choosing equipment this way becomes a mini-game in itself.

Here is an option that avoids these pitfalls (if you don't you like them, of course) and lets the character, not the player, make smart choices about what to carry. I'll give some examples based on my own game, so you get the gist of it, but it can be used in D&D, GURPS, Fate, or whatever.

These rules only make sense if you're spending some significant time in a place where your resources are scarce and you can't just walk into a store and get what you need, such as a dungeon or a forest. 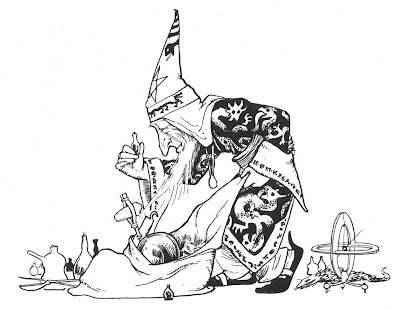 Let's say your character can carry 20 pounds without being encumbered (or receiving any penalties at all) but is currently carrying only 15 pounds. This mean you can add 5 pounds of miscellany (or 5 slots, 5 kilos, 5 stone, 5 items, 5 gizmos, etc).

Whenever you need an item, you can roll to see if you remembered to pack for this exact occasion. The roll is based on Intelligence plus an adequate background - a Fighter may have an extra blade, a Scholar may have special herbs, a Diplomat may be carrying an appropriate gift, etc. The Target Number should be about 15, in order to make things a bit harder, but you can alter this number based on the likelihood of having the item under the current circumstances.

- We are climbing the Endless Tower! Of course I have some spare rope in my backpack besides the one I ruined! (TN 10).
- Belladonna? Why would you be carrying that if you never heard about werewolves in this region? Ok, maybe you're carrying some similar herb... (TN 20+)

Also, if an item is too rare, too expensive, too frail, too big (what do you mean you had an extra Zweihänder?), the GM should veto the roll or make it more difficult.

If the roll succeeds, you have the item you need. Write it down, pay the cost immediately (if you don't have any money left, well, you can't have the item), and that's it. If the item weights 2 pounds, you now have 3 pounds of miscellany instead of 5.

If you fail, you don't have the item, and suffer some additional setback, depending on the "mode" of play your group chooses:

* Easy mode: well, at least you might have some other useful item, or you might look through your stuff later to find something useful.
* Average mode: write down a few pounds of "useless miscellany" in your inventory (2 pounds, in the example above). If you keep it with you, you may still find an use to it, but add 5 to TN.
* Hard mode: you're carrying useless stuff. You packed extra clothes that you didn't need, more water or firewood than necessary, etc. You should get rid of it. Using the example above, you're down to 3 pounds of miscellany until you can go back to somewhere you can buy random stuff. The good thing is that you don't have to pay for that.

You can get rid of your miscellany at any time before using it - if you find valuable stuff that you must carry, for example.

What's the point?
* Reduce the time you spend shopping and planning.
* Encourage players to carry fewer items.
* You don't need to check inventory or encumbrance at all times - only when it matters.
* Give a few advantages to character that are smart, strong or skilled. For example, the ranger will always be prepared to face natural dangers.
* Give the characters a chance to know the perils they face even if they players don't.
* Make characters with "utility belts" a viable concept - they might even have skills or feats that make their rolls easier.
* Make money more useful.
* Let players and characters surprise the GM - and foil the villain's plans.

What if I don't track encumbrance in my games?
You can still roll to see if you have the item you need. Just use common sense instead of pounds.

What if I want other character to carry my stuff?

No problem, provided you agreed on that before leaving town.

If you liked my 2d6 stuff, here is how to use it with this:
Who knows, you might come up with a whole character class based around this idea... Reminds you of anything? 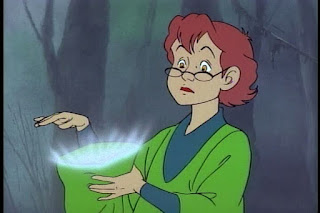