Crits are fun, fumbles are... funny

D&D has a popular rule (or house rule, in some editions) that states that a "natural 20" means some kind of critical success ("crit") - maybe maximum damage, or some exceptional outcome if you're testing a non-fighting skill. The current edition only uses it in combat, so let us talk about that

Crits aren't really needed to run the game, but they are certainly fun for many people, and they have become so natural (pardon the pun) to D&D that even people who don't play RPGs might be familiar with the concept (from the numerous internet memes about the subject).

Using the "natural 20" rule causes some odd outcomes - if you only hit on a natural 20, all your hits will be critics, which sounds a bit strange. Also, when you compare two fighters of different levels, the lesser one will get critical hits as often as the better one, but a bigger percentage of his hits will be crits (both will crit 5% of the time, but the worse fighter may crit once every two or three hits while while the better one will crit once every ten or more hits). This means that the worse fighter will cause more damage per hit, in average, although he will hit less often.

Not that it really matters - it is all quite abstract anyway - but it does bother some players. In any case, there are plenty of solutions to "fix" this problem.

The most irritating solution, in my opinion, is the one 3.x / Pathfinder uses:

A critical hit means that you roll your damage more than once, with all your usual bonuses, and add the rolls together." (source)

I think this kind of thing is what made me believe 3e was too complicated when I was busy playing GURPS (and GURPS has its own version of this, only slightly less horrible). So you roll once, get a natural 20, then you roll again to see if that is a critical hit or not (nothing happens! Yay!), and then you roll again for damage (and if you roll low, gratuitous disappointment once again!).

If you're using crits, they are supposed to be FUN (or, really, why would you use them?); rolling dice for no reason is not fun in my book, and getting excited with a roll only to be disappointed in the next moment seems like a terrible idea (which is why I think there should be no "nothing happens" entries in critical hit tables). 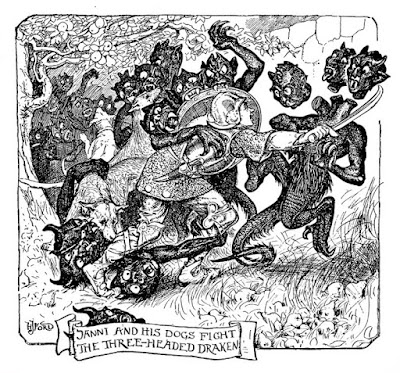 "A natural 20 means maximum damage" sounds way better in comparison. Also, "a natural 20 means you get an extra attack" is such a better alternative that sometimes I'm amazed this "threat" thing is used at all - the numbers are similar enough so it doesn't become a problem (trust me, your fighter won't outshine the wizard), you get a treat (not a threat!) even if your foe has 1 HP left, and the whole scene gets some extra action even if you miss the second attack!

(Yeah, I do realize that there are people that like their weapons lists looking like this. It is all "more damage" to me, and at this point I would be rather using 1d7 weapons or re-rolling 1s if I wanted this level of granularity. But, really, special effects are much more fun for me)

If you want the better Fighter to have even better crits (without special feats or powers), try combining the two: A natural 20 means maximum damage, AND you get a new attack immediately. If you want to encourage creative tactics, the second attack must be different form the first one; maybe a kick, off-hand weapon, head-butt, shield bash, a different target, etc; or you can trade the damage from the first attack for an attempt at disarming, and so on.

This way, you get your prize immediately but you ALSO get the chance of a bigger prize. A natural 20 is always better, so everybody can be excited after rolling one, but the better Fighter gets better chances to be even more awesome (extra damage or some special effect).

Of course, critical hit rules make combat a but more unpredictable and dangerous, which is a good thing in my book, but maybe not for everyone; a 1st level Fighter might be able to bring down a 3rd level one in a single attack, for example. 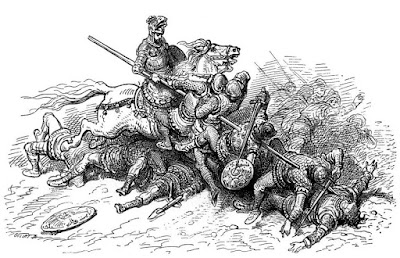 Fumbles (the idea that something incredibly bad or embarrassing would happen to the character when a "natural 1" is rolled) on the other hand, are a bit double-edged. They can certainly be funny, I guess, and they have their own memes, but they never really worked for me. Fortunately, most D&D editions that I have played (including 5e) do not use this rule, although it might be a popular house rule.

In addition to the whole problem of competent Fighters fumbling as often as 1st level ones, most editions of D&D give multiple attacks to high level fighters - making them fumble MORE OFTEN than low level ones, almost once every two or three rounds depending on the specifics.

Even the "on a natural 1, you have to make a Save vs. X or lose your weapon" is not always enough to offset this effect; it also brings us back to "roll to see if anything happens" problem.

Besides, fumbling 5% of the time is a bit too much. If you think of critical hits as head shots, knockdowns, tripping, etc, you will se that this happens quite often in MMA fights, movies, books etc. But how often do people throw away their own weapons or fall to the ground due to incompetence or bad luck in the kinds of adventures that have inspired D&D? Can you imagine Elric or Conan doing something like that?

Fumbles are bad even when NPCs do it. How heroic is winning a fight because your adversary stabbed himself by accident? Finishing a battle this way is more anti-climatic than rolling again to find out that nothing happens.

In short, fumbles are mostly a comedic device. Nothing wrong if that is what you're looking for - I certainly had my laughs while "tripping in invisible turtles" when playing Rolemaster.

Still, I see at least one interesting use for "natural ones": as a risk-reward mechanic. This means that the natural 1 only matters when you take an exceptional risk. For example, if you want to jump down from a house over you enemy and stab it as you fall.

Fortunately, 5e has a good multi-purpose mechanic to go with it: advantage/disadvantage, which opens up all kinds of possibilities, specially "bittersweet" results. Here are two examples:

- Disadvantage: when you have disadvantage, the fumble only happens if both dice are natural ones, at it is probably related to what caused disadvantage in the first place (you fall if the ground is slippery, you stumble if you're fighting in the dark, etc). Fumbles will be frequent, but easy explained and not necessarily ridiculous.

- Regular roll: there are no fumbles unless you take some significant, uncommon risk before you roll. Ordinary actions shouldn't cause extraordinary problems for your characters - unless you prefer playing clowns to playing heroes.

But hey, if that is the case, I can guarantee there are plenty of laughs to be had with the right group of friends!
Postado por Eric Diaz às 5:20 AM