Sometimes I play with the idea of creating a system where PLAYERS, not characters, gain XP for their adventures. Character death would not only be expected, but an important source of XP. The point is that there is continuity to the campaign even if not for all the characters. Or play around with multiple characters, POVs. Anyway, I didn't go too far with it, but this table might useful for somebody. 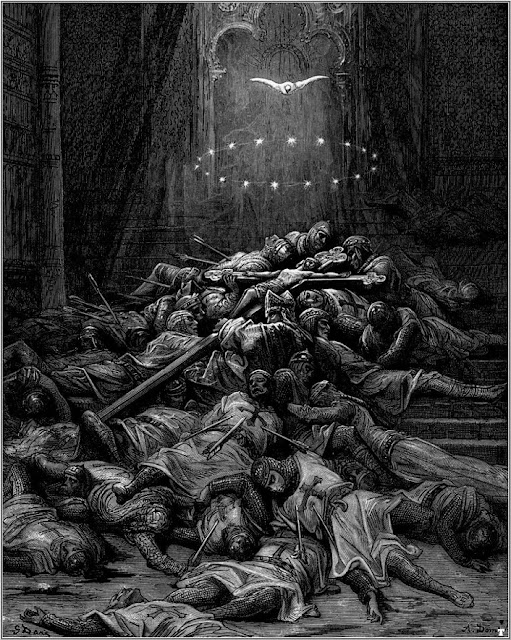 12 ways to recover the XP of a fallen character

When a character dies, his XP can be recovered automatically or though different actions, at the percentages described below. If more than one person receives the XP, it is divided equally or according to GM's decision. For example, if 10% of the XP is distributed to immediate family, the GM might decide everyone gets an equal share, or that a smaller share goes to a bastard brother that lives somewhere else, if he qualifies.

The total isn't important - maybe only 30% of the XP is recovered, or maybe 110%; it doesn't matter, as long as the death doesn't create more than 100% XP without any effort. Also, you might limit the XP to avoid the deceased's allies get more than half the XP his enemies get for killing him.

Or just roll a d12 instead.

By the way, inheritance rules from OD&D still apply.