It's that time of the year again! When I miss Dark Sun and start writing my own version of it! Anyway, here are some house rules you may use in your Dark Sun games if you're playing 5e D&D. 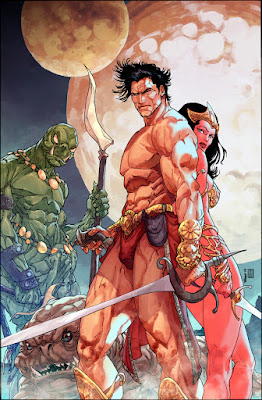 The fluff: who would use armor in the scorching heat of the desert? Gladiators, templars and city guards wear armor, but since you cannot really travel, sleep of even fight in armor in the desert without being exhausted, most are able to fight without armor.

I am tempted to make a Charisma version for Chainmail bikinis and loincloths, but nobody wants that, right? Right?

The fluff: the wastelands of Athas are no place for idleness. Days are hot and nights are cold (or warm, I dunno). Sure, you are familiar enough with the desert - otherwise you would be dead - but if you need rest, you better look for shelter.

The crunch: if you are in the desert or a similar wasteland (and that includes jungles, etc.), the grittier rules in the DMG for short/long rests apply (a whole day doing nothing may grant you a long rest if you can find a tent, food, etc). Look for a city or oasis if you want better healing (this actually solves a lot of problems). Those ruins are looking quite inviting, aren't they? 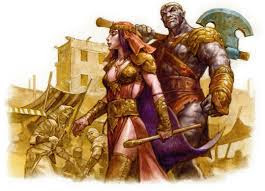 No food and no drink!

The fluff: food and water are scarce.

The crunch: we will use starvation and dehydration rules that actually make sense. Also, finding food and water is twice as hard. This applies to everything: spells, class features, backgrounds, etc. Interpretation is up to the GM. 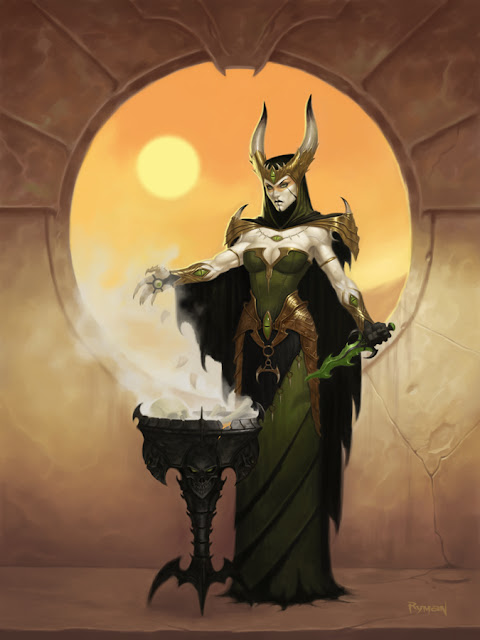 The fluff: magic is rare in Athas. There is no petty magic. You're either a defiler, a preserver or you're not a true spellcaster. Everything else gets re-fluffed as supernatural or psionic abilities.

The crunch: that thing in 5e where everyone has spells no longer apply. As a rule of thumb, if you actually have spell slots, you can be a defiler or preserver. Otherwise, your powers come from something else. Monks (if you allow those in Dark Sun) and barbarians, for example, create supernatural effects with inner strength, psionics or experience. 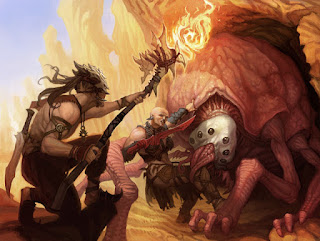 The fluff: there are two types of spellcasters: defilers and preservers. The difference is that defilers destroy all around them in order to cast spells, while preservers don't. Common people cannot tell the difference and hate them all. Most spellcasters can use magic both ways, but choose one path over another. Also, defiling is plain better. That is the temptation.

The crunch: when you use defiling magic, you cast spells as if they were one level higher. You also need to roll on a random table to see what effects you cause. Here are some ideas. All negative effects can be avoided by a saving throw (damage and HP loss are halved, not avoided).