Here is my latest effort for Dark Fantasy Basic (and all RPGs, really; it's pretty system-less): Dark Fantasy Characters. 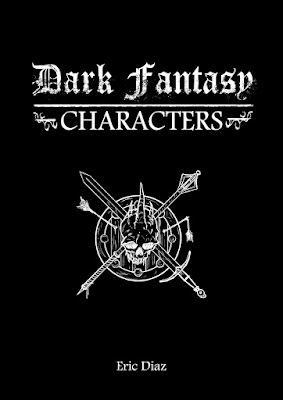 Once more, the cover is by the awesome Rick Troula.

This is system-less book, to be used with any game of your choice (except for one table). It is especially suited for medieval dark fantasy games, such as my own (Dark Fantasy Basic).

It includes tables such as:

Names: 100 names plus 20 surnames and particles.

Backgrounds & specialties: More than 80 options to flesh out your characters.

Dark Secrets, Flaws: Two different tables to give a dark twist to your PCs and NPCs.

Here is a taste for you:


Dark Secrets
Dark secrets are not only for villains, but also for tragic heroes. Even PCs may chose a dark secret if they want. If the secret is revealed, the character might be shunned, cast away, or even hunted down. Hirelings and followers may have dark secrets if the player characters get unlucky while hiring them.


I am selling it for half the intended price (i.e., or $0.99) to benefit "early adopters" and to see if I can get new people into the the fold.

Who knows, this might become an entire series, if people enjoy it. Dark Fantasy Locations is already half written... Dark Fantasy Magic and Dark Fantasy Religion are probably next.

Dark Fantasy Monsters, you say? Well, I got something even better in the oven...
Postado por Eric Diaz às 5:25 PM