Disclaimer: the publisher has sent me a review copy of the book (in PDF format).

zauBeR [affiliate link*] is the most recent RPG by Marcelo Paschoalin, the author of  Mehliu: Blood 'n Bone. The system is similar, but while Mehliu was focused on old school fantasy, zauBeR has a different setting, somewhat reminiscent of the stuff  White Wolf published in the 90's:


zauBeR is a RPG set in a world almost like ours. The difference is magic is real, creatures from other planes of existence visit us, and the evil in the people’s hearts is even more evident. It’s part of a genre known as urban fantasy, a mix of real and fantastic in the contemporary era.
[...]
Our adventures take place in Brazil, during the year 2018. You know the basics: the urban areas are not unlike the streets of Detroit or Glasgow, with excess traffic, some crime, usual daily affairs… The problem is the same, add a degree of government corruption on top of that, and no one knows how to implement good solutions, but there a few more questions people who awoke are, maybe, able to answer. 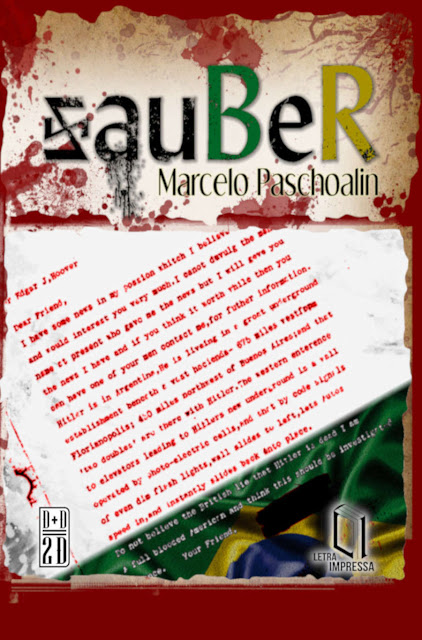 Like Mehliu, zauBeR has an "introductory" vibe to it, with sections explaining what is an RPG, "Who wins this game?", how to roll dice (the game uses only d6s, BTW), etc.

The system is tight and simple (enough that you could, indeed, use it with someone new to RPGs in general): six ability scores (rolled with 2d6), skills that are defined by modern careers (detective, lawyer, scientist, etc.), and four "Elemental Paths" that replace the usual classes (described as warriors, clerics, sorcerers and rogues).

In short, the crunch seems to be inspired by chainmail and OD&D, whit modern sensibilities.

The spell system is similar to Mehliu: the spells are few, but somewhat flexible. The spells are all quite subtle, which suits this modern setting better than the usual fireballs and magic missiles. Likewise, spell-casting is dangerous - which fits the genre. 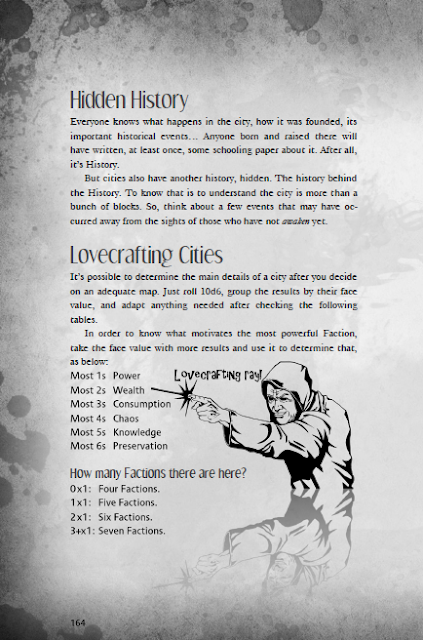 The setting is of the "secret history " type. You basically have nazis migrating to Brazil and Argentina (which some actually did) and opening portals to different planes of existence, which brings all kinds of evil and distorted creatures to this earth. The PCs are "awakened" folks who will find and face these threats.

Even tough the setting is focused in Brazil the rules and fluff are flexible enough that they can be used in any place and [modern] time (as the book itself mentions). There is not much that is distinctly Brazilian here (except for a list of names and a secret agency that is "named after Brazil’s victory during the Soccer World Cup against Sweden").

The bestiary, with twenty-something antagonists (including angels, demons, cultists, zombies, agents, etc.), is good enough to take your characters from level 1 (or 0) to level 12. 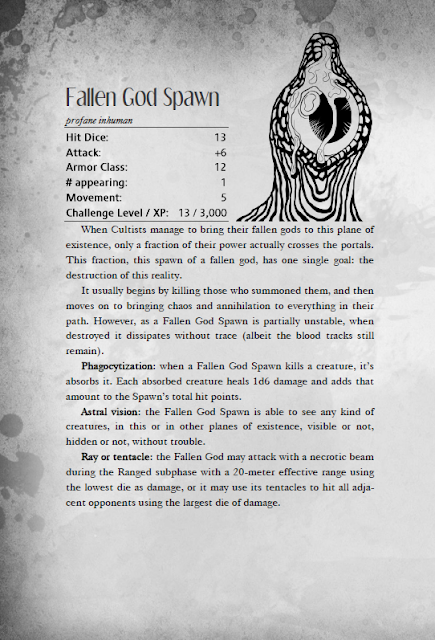 Likewise, the random tables - which use an interesting way of generating results, by rolling 8 to 10 dice and counting the number of 1s, 2s, 3s etc. - could be used in many settings or even other PRGs (like Kult, CoC, etc.).

Like Mehliu, this book will please those wanting a simple, streamlined, old school experience, within the urban fantasy/modern horror/conspiracy genres. Unlike Mehliu, however, which is focused on a single valley, zauBeR is flexible and vague enough that can be used almost anywhere. It encourages you to warp existing cities into something more sinister, and it is likely that you'll use your own city as a setting for your adventures.

The rules are tight, the art is good (specially the antagonists... some creepy guys in there!), and the writing is clear - specially if you're learning about RPGs, game-mastering, etc.

Get this game if you want a concise "modern horror" setting, simple 2d6 rules that suit this setting, or both these thing at once.