My brainstorming posts are just that: lots of ideas thrown around, without much afterthough. Today's topic is D&D's six abilities and how we can use them.

We often say D&D is a level-based game, while other popular systems such as Runequest are skill-based. In OD&D, level was almost everything, and abilities were of little importance when compared to modern editions. They might give you a little bonus to XP or add HP and hirelings, but not much more. This why you could roll 3d6 in order for abilities without worrying too much; it will seldom ruin your character. OD&D has an example character, Xylarthen, that choose to be a Magic User even with Intelligence 11, Wisdom 13 and Constitution 12, abilities that might better fit a Cleric.

This has some mixed effects on the game.

Using abilities for everything

Abilities can be used for many things. You can use them instead of skills, for example, rolling 1d20 under one ability, making D&D more "ability-based" and taking the focus from both level and skills - like 5e did, up to a point.

Why not simplify things further? Fighters get 1d8 HP and should be tougher against poison, disease, etc. Wizards get 1d4 and are frailer. You could just ditch the whole concept of different HP per level, give 1d6 per level to everybody and grant fighters a greater Constitution.

Do that for other abilities. 5e has high-level fighters (if "Champions") being able to jump, run, climb, etc. ACKS gives damage bonuses to to high-level fighters. Other games limit the type of weapons or armor a wizard can use. Why not ditch all of that, and just give more Strength to the fighter? The type of armor you can use is defined by Strength, and you can only sneak around or cast spells when unencumbered. And a wizard can use any weapon, because there is no reason to forbid them.

You could cut a lot of feats, proficiency and specific rules with that. Maybe you could ditch classes entirely and let characters gravitate towards their talents. But that is a whole different post.

Rolling 4d6 or using other "high powered" method for starting characters causes some strange consequences. These characters are above average humans, talented in almost every field. Still, they have little HP and are likely to die in a minute of combat or after falling 10 feet (not to mention deadly house cats).

I think starting characters shouldn't be special; 3d6 in order makes them average and forces you to play different character concepts, often more interesting than the optimized characters you would play if you can choose your abilities. On the other hand, it might stop you from playing the character you want, specially if you need high abilities to qualify for a class.

But 3d6 in order makes high-level characters too incompetent. A 10th level fighter can survive almost anything, and a 10th level magic-user is messing with the fabric of reality, but they still very average in terms of abilities.

The solution is obvious

It might seem too much, but it really isn't excessive when compared to modern editions or some alternate methods of character creation. The 4d6 method gives you an average of 10 extra points to the sum of your abilities, so if you start with 3d6 in order you would be close to "4d6 arrange at will" by level 10.

One way to use this: the sum of all your abilities should never be less than 60+level. If you roll less than that at level 1, add to any ability you want until you get to 61. The average of 3d6 times six is 63. If you rolled well at level 1, it might take a while for you to gain more abilities. Like in Dark Souls, characters with humble beginnings have more space for customization.

Xylarthen can become a great wizard if he survives long enough. Any fighter can eventually become a paladin. But the best part is that they still keep the uniqueness that 3d6 in order granted them: Xylarthen will always be a bit wiser and tougher than most wizards.

There is nothing inherently "WotC-era" to the idea. Gaining more abilities is perfectly suited for old school D&D. AD&D had some ideas on the matter. Here is how Gygax described different abilities for Conan in 1980; you could do the same for many heroic characters.

You might still need a limit to abilities, in order to avoid all fighters from having STR 25 (or 18/00, etc) at level 10 or something similar. Also, different XP progressions may cause weird effects.

All characters are the same

One of the problems of choosing your abilities trough point buy or other methods is that it might take you into an endless quest for the perfect build, making characters quite similar to each other, while randomness makes them different from each other.

MAD, SAD, but not that bad

This isn't necessarily a bad thing. A high level Fighter should be fast, strong, tough; a high level wizard, on the other hand, might be smart, but weak, sickly, unpleasant and insane, while still very powerful. A paladin is good overall, but not as strong or tough as a simple fighter, and so on.

Again, the solution is obvious: trade ability points for supernatural powers, such as spells.

Magic: what doesn't kill you makes you stranger

The explanation for trading abilities for spells is simple: magic takes a toll on your body, mind and soul. Or, if you want to be more mundane, all that time the wizard spent locked in and underground library has not been good for his health, sanity, or personal hygiene. You can come up with similar explanations for all classes with special powers, or just make it a game mechanics ("when you level up, increase one ability, take one feat or learn a couple of spells").

I don't have an exact formula, but 1 point for every couple of spells sounds good if you use flexible spells such as these. If you don't, the solution might be closer to 1 point for every 10 levels of spells (limits on casting still apply; if you learn a level 5 spell on level, you are risking your soul).

If you have a particulary harsh DM, he might make you roll 1d6 to see which ability is weakened... And require an explanation about the cause (did your eyes become reptilian, lowering Charisma? Are your feet inverted, lowering Dexterity? Etc). Or just find a good corruption table in the internet. 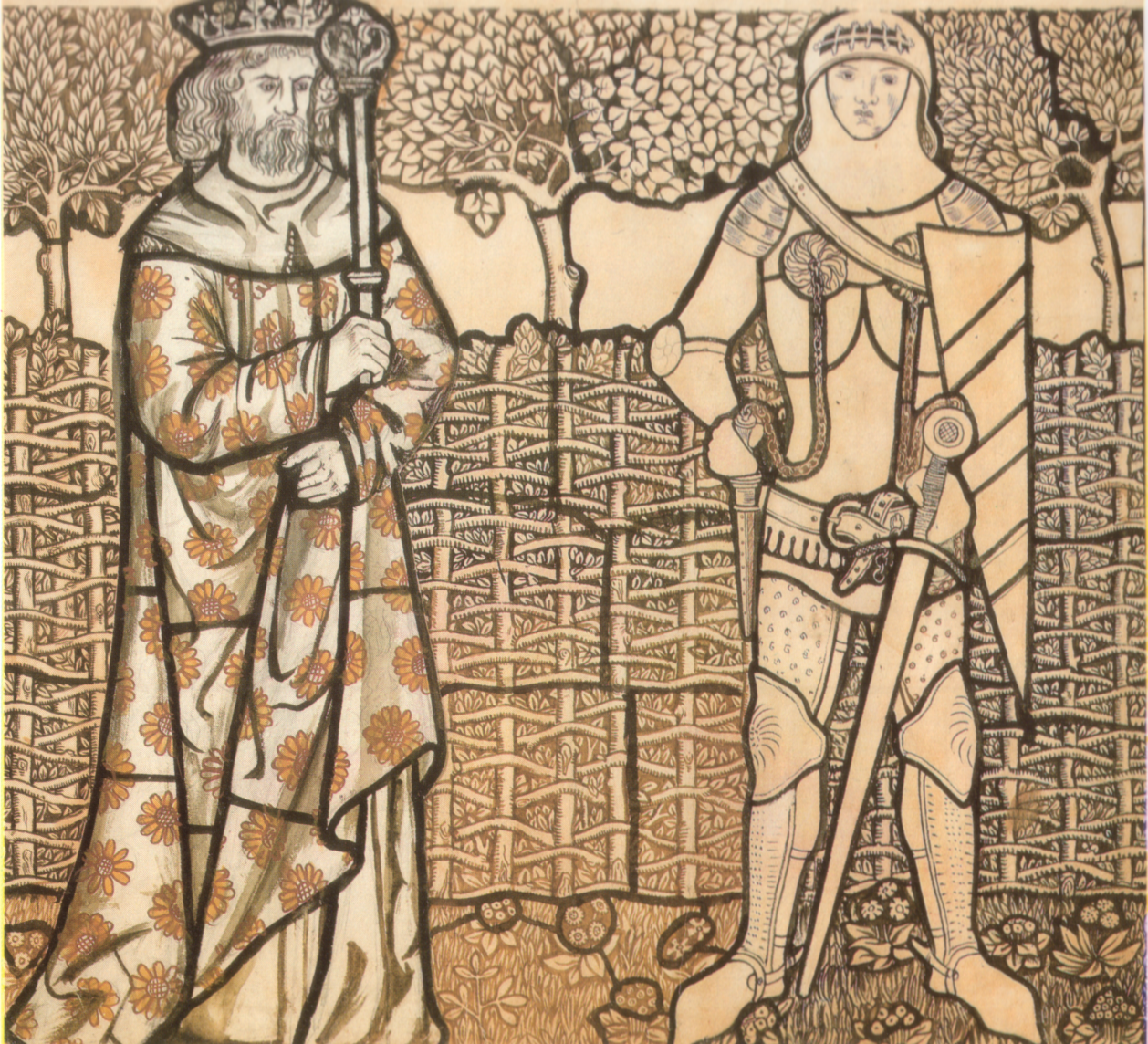 Charisma, dump stats and other problems

I dislike the idea that a character can basically ignore all abilities but your most important one. Fighters, for example, shouldn't be able to ignore Strength if they are "DEX-based", in my opinion. You can have a weak fighter, but is difficult to imagine any fighter that thinks Strength is unimportant.

I also dislike the idea that some abilities are only useful for some classes. What I would like to see is them opposite: ALL abilities being useful for ALL characters. The thief needs some Strength to use leather armor or carry stuff. The fighter needs Charisma to command her troops in battle. Etc.

This is quite easy to do with Strength (encumbrance, armor, combat), Dexterity (AC) and Constitution (HP). I like using abilities for saving throws; this can easily make Dexterity, Constitution and Wisdom important for everybody. Using Intelligence for extra skills, as 3e does, is a good solution - better than using it for Reflex or Initiative in my opinion, but any solution will do.

Charisma is an interesting case. A very important ability in OD&D, it has become somewhat of a dump-stat in WotC-D&D, although it still has its uses for some characters (feinting and intimidating in 3e, saving throws in 4e, etc).

Finding uses for Charisma isn't impossible, but not particularly easy, specially if the party chooses an spokesperson to do all the socializing (you have similar problems for Intelligence and skills in general). You might use Charisma for status, starting gold, etc.

A cooler idea, in my opinion, is using Charisma for divine favor and dealing not only with people, but also deities. The faithful and the lucky can both be described as charismatic, and Charisma could grant you some luck points or similar. It works well for paladins, sorcerers and swashbucklers, but can be useful for anyone.

Even better is using it for followers, hirelings, etc, as old school D&D intended. You can make Charisma near useless at lower levels, but invaluable when you reach level 9 and gains lots of followers. Some fighters would naturally become champions, other would be great leaders instead.

It creates an interesting choice, which is often what the game is all about.

Abilities are quite flexible, and have many interesting uses. Although they gained importance in WotC-era D&D, their usefulness is still very dependent on character class. Expanding their uses might make the game a lot simpler without losing much in the process, or make old school games more diverse without adding complexity.
Postado por Eric Diaz às 3:40 AM