Before we continue deconstructing 5e weapons, let us add a little perspective on damage.

Weapon damage in 5e is divided in these steps:

And these are the average rolls:

Which would indicate, at a first glance, that seven punches (damage 1) are roughly equivalent to one hit with a greatsword (damage 2d6).

But consider most characters that use weapons will have an ability bonus of +4 or +5, with few exceptions. So let us consider damage with a +5 bonus (this will be the most common situation after a few levels):

Now two punches beat one blow with the battleaxe. What is more, the difference between one weapon and the other becomes quite small - around 10% from one step to the next.

In some versions of D&D, damage was the main property of a weapon - in Moldvay, for example, the 1d8 longsword is the king of all one-handed weapons, leaving little reason to have a mace unless you're a cleric.

In other versions, ALL weapon deal the 1d6 damage, making other properties such as speed more relevant. In Holmes Edition, by a strict interpretation of the rules, there is little mechanical reason to use any weapon that is not a dagger! AD&D had detailed tables to show how some weapons were better against some types of armor.

All this complicated rules are often ignored; but damage dice became ubiquitous in every version of  D&D after Holmes, and still, is my opinion, the first thing people see when reading the weapon list (even when playing GURPS, I have seem players call their guns "my 7d weapon", ignoring range, rate of fire, cost, etc.)

This might be psychological - nevertheless, since it affects some player's FUN, it is as real as it gets in our hobby. 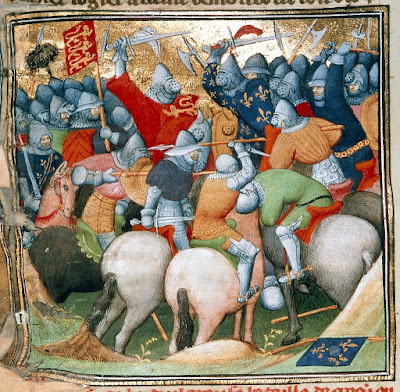 In any case, as we have shown, damage dice is not as relevant as it may seem.

Finally, there are certain class features - sneak attack, a paladin's smite - that will cause the same damage regardless of the weapon being used, making weapon damage even less relevant. The monk's "martial arts" feature will make weapon damage entirely irrelevant in many cases!

On the other hand, using bonus actions or reactions to deal damage is often impossible or sub-optimal. This will vary considerably according to character traits and circumstances.

Feats are also extremely important. The Great Weapon Master feat makes the difference between the greatsword (2d6) and the greataxe (1d12) negligible - less than 3% difference in damage output. The difference is considerably more important to a character with moderate Strength and without the feat (maybe around 20% instead of 3%).

Let is put it this way: if you're not skilled in using weapons, getting the best weapon is important - but if you're skilled, it is important to get the weapon you're most used to.

In short, character build (class features and feats) and the action economy are more important than weapon damage when choosing your weapon.

This also means is that a property such as "reach", "ranged" or "thrown" might be better than extra damage even if you hardly use it... UNLESS you are not a warrior type and hardly use your weapon in the first place!

This might look very complicated (too complicated in my opinion), but we cannot understand the system without considering these variables.
Postado por Eric Diaz às 11:45 AM