Apprentice’s Weapons are special items that can be used efficiently by anyone - even if they aren't proficient. They are probably more expensive, rarer or even magical when compared to common weapons. They might have been created by wizards for themselves or their incompetent minions, or by a gifted blacksmith to help rebelling villagers against oppressive knights.

In game terms, anyone is proficient with this weapon. A wizard using an Apprentice’s Glaive, for example, would at her proficiency bonus to the attack.

This idea is inspired by this post at Don't Split the Party (invented in 79!). Check the blog if you will, it has some awesome stuff. 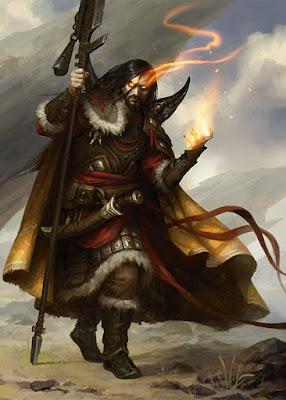 Adding the "Apprentice’s" template to magic weapons and items would allow them to be used by characters that are not proficient or that ordinarily cannot be attuned to them.

This would allow non-proficient characters to use magic weapons, but also  non-spellcasters to cast spells with staves and wands!

As a general rule, all apprentice’s items should require attunement.

Of course, these apprentice’s items would be rarer or somewhat worse than their DMG counterparts.

Alternatively, you can make it worse only when used by an apprentice, while working as written on the DMG if wielded by the intended classes. You can even use this method to give PCs a "taste" of the item and encourage them to take the adequate proficiency if they want to make full use of the item.

Some examples of limitations (choose two or more of than, or add other limitations):

Name variations. To add some mystery to it, you can use other synonyms to name your items.

Random effects. As an alternative, if you want to allow non-proficient characters to use ALL magic items in the game, you can use this method to allow your PCs to make SOME use of magic items that are found randomly and have nothing to do with their characters... before they trade it or sell it, anyway. Here are some possible effects of using an item you're not supposed to use:

1. Fewer charges, low DC (see above).
2. Smaller bonus (maximum +1).
3. Every time you use it, there is a 1-in-20 chance or hurting yourself or having another negative consequence (see "Spellburn", above).
4. Fewer charges, frail (see above).
5. You cannot make head nor tails of this item, but you can roll again after you gain a level.
6. This item is definitely not intended for you. You cannot attune or use it proficiently until you have the required proficiency/class.

While letting wizards walk around with +1 swords will not break the game, you should be very careful about armor. Weapon proficiency is easy to come by, unlike armor proficiency. In addition, a fighter with a +2 sword is still better than a wizard due to increased attacks and Strength, but a wizard with +1 plate might have the exact same AC as the fighter! In conclusion, apprentice’s armor should be rare and significantly weaker. 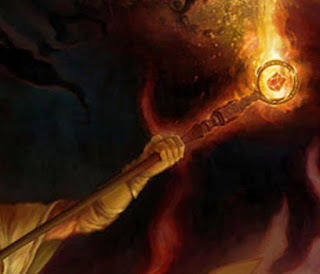 You have Resistance to fire damage while you hold this staff.

The staff has 5 Charges. While holding it, you can use an action to expend 1 or more of its Charges to cast one of the following Spells from it, using half your spell save DC*: Burning Hands (1 charge), Fireball (3 charges), or Wall of Fire (4 charges).

The staff regains 1d3 + 2 expended Charges daily at dawn. If you expend the last charge, roll a d20. On a 1 or 2, the staff blackens, crumbles into cinders, and is destroyed.

* 8 + your proficiency bonus + your Intelligence, Charisma or Wisdom modifier; and divide the total by two.

Optional: if attuned to a  Druid, Sorcerer, Warlock, or Wizard, it functions as a regular Staff of Fire. 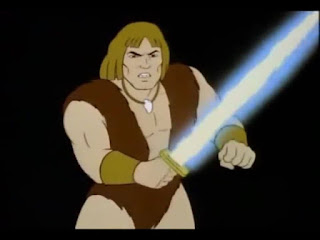 This item appears to be a longsword hilt. While grasping the hilt, you can use a bonus action to cause a blade of pure radiance to spring into existence, or make the blade disappear. While the blade exists, this magic longsword has the finesse property. While attuned, you are proficient with the Neophyte’s Sun Blade, even if you are not proficient with longswords.

You gain a +1 bonus to attack and damage rolls made with this weapon, which deals radiant damage instead of slashing damage. When you hit an undead with it, that target takes an extra 1d4 radiant damage.

The sword's luminous blade emits bright light in a 10-foot radius and dim light for an additional 10 feet. The light is sunlight.

If you roll a natural 1 while attacking with this weapon, roll another d20. On a 1 or 2, the sword is destroyed in a flash of light, causing 1d6 damage to the wielder.

Optional: If you are proficient with shortswords or longswords, it functions as a regular Sun Blade. 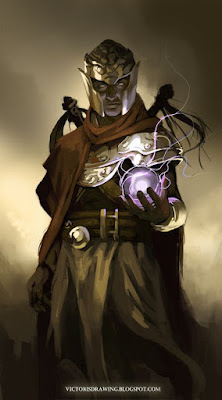 Here is some fluff inspired by these ideas; maybe you can use it as fodder for your settings, or ignore it completely.

Think of orbs like pyromancy flames in Dark Souls; a magic weapons anyone can use -  a great equalizer that can potentially make ordinary people almost as dangerous as mighty warriors or magicians. Like firearms, basically.

Orbs are magical implements crafted by hired wizards in ancient to give mighty rulers the power to cast spells. Most wizards hate orbs with a fierce passion, since their existence cheapens the wizards' power, and will likely destroy them on sight before they may fall in wrong hands (or anyone's hands for that matter).

Mechanically, it functions similarly to ring of spell storing, with a few differences:

The orb stores Spells cast into it, holding them until the attuned wearer uses them. The orb holds one spell chosen by the creator at the moment the orb is created, and can store up to a maximum of 5 levels worth of Spells (for example, an Orb of Magic missile will allow one to cast this 1st level spell 5 times). When found, it contains 1d6 - 1 levels of stored Spells chosen by the DM. While holding this orb, you can cast any spell stored in it. The spell uses the slot level, spell save DC, spell Attack bonus, and spellcasting ability of the original caster, but is otherwise treated as if you cast the spell.

The orb regains 1d4 expended charges daily at dawn. If you expend the orb's last charge, roll a d20. On a 1, the orb crumbles into ashes and is destroyed.
Postado por Eric Diaz às 11:42 AM