I've made a few new year's resolutions, but as far as RPGs are concerned, they are pretty simple:

I haven't played much in 2017, and I miss it. So, there are plenty of options out there, and I intend to make the best use of them: hangouts, play by post, gathering some friends at my house, we will see what works. Something has to fit the schedule.

I am very happy with the one book I published in 2017, the Dark Fantasy Basic Player's Guide. Now, I've a few ideas on what to do next, but no fixed plans or schedules.

In any case, resolutions #2 and #3 are basically the same - whatever I choose to publish in the future, I'll probably write about it here first (DFB, for example, is the sum of lots of ideas that started here).

Whatever I do, it will probably be using 5e D&D rules, OSR / Dark Fantasy Basic, or both. My Days of the Damned RPG is coming, but it might take a while (it is a big book with lots of original art being produced) - and to be honest I'm already considering doing a 5e version.

I have a few projects in different stages of completion, but not one "main" project, or anything that is near finished. Most of these are small, some will probably be free, and may will never become a book, but a series of blog posts instead.

I want to finish at least ONE project in 2018 - less than that would be disappointing. If I finish TWO or THREE projects, I'll be very glad. If I finish more than that, it will be AWESOME!

Here is what I've got so far: 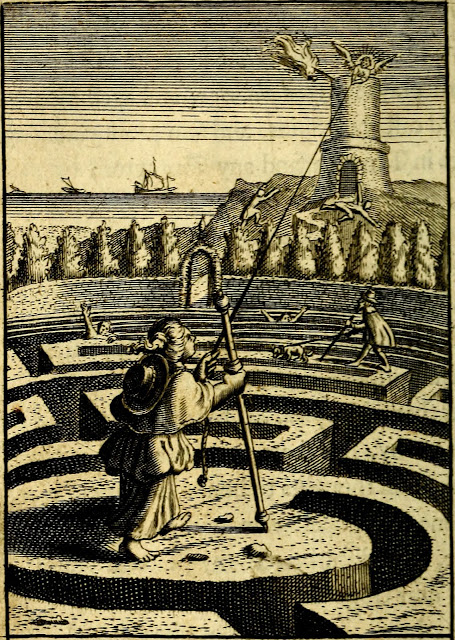 The Wretched Hive (adventure) - an expansion of my One Page Dungeon into a full module with 10-20 pages. This is half written already.

A monster generator for 5e - I've been writing about 5e monsters in this blog for a while, and I'd like to turn it into a short monster generator - basically random tables to give you not only ideas but also stats for various creatures. I've also got some monsters, but realistically there are too few to make my own bestiary, so I might add them here. This is just an idea so far.

An "Armory Book" for 5e, with martial, exotic and magic weapons - this might be a bit niche - sometimes it seems that most D&D players prefer to have 500 different spells than 50 different weapons - but I really like swords, shields, polearms, armor, etc. I already have a few blog posts on that, so you'll read it here even if it doesn't become a book!

A "Fighter's Handbook" for 5e and OSR/DFB - 5e is lacking in fighting styles. And, again, I like it. So, maybe I'll make a single book for both weapons and fighting styles, maybe two separate small books. In addition to fighting styles, I'd like to write on grappling and "stunts" - hit locations, throwing sand to the eyes, feinting, etc. So maybe there is enough material for a couple of books, I dunno.

The reason I'd also like to make a book for DFB is because I'm interested in the old "weapon proficiency" system, and I think I could write something a bit simpler but still varied and flavorful for DFB. Again,you'll read it here even if it doesn't become a book - I have a few posts on the works for many different fighting styles.

Planet Asterion and The War of Earth and Sky, two small setting books - I have a few settings I like to use, but not these two - they would be small books, made purely to inspire and entertain, not full settings. If I could create something as inspiring as Black Sun Deathcrawl I would be very happy.

Yeah, that is basically it.

I'm not putting this stuff out there to advertise or make promises. As you might have guessed, this is a hobby to me - but it became my main hobby.

There are two reasons I do this - I enjoy writing, and I enjoy being read. I can only write what I believe, I only write about things I enjoy writing about... but given theses parameters, I write this blog for the readers. Which is probably pretty obvious, I guess.

What I'd like to know with this post is - does any of that sound interesting to you? What would YOU like to read next? Adventures? Monsters? Fighting styles?