Warning: this post got very technical, very fast. Is mostly about number crunching through editions. Hope you enjoy it anyway.

So, D&D has this thing where your "to hit" bonus rises faster than your armor class AC. Soon enough, everybody is hitting everybody a lot more often.

On the other hand, hit points (HP) rise faster than your damage. So, while you're hitting more often, each hit takes a smaller percentage of your enemies HP.

These two thing balance of another, sort of. But there are also other things to consider. For example, Making numbers too high is usually a bad idea, because adding and subtracting all the time detracts from the flow of combat (this applies to "to-hit" and AC, but also HP and damage). Making numbers too small ruins granularity; a 10th level fighter (and, arguably, a thief) should hit more often than a 1st level one, but a 10th level wizard should (arguably) still have SOME chance to hit an opponent that is adequate to a 10th level fighter. Missing attacks often is boring; but if you hit all the time, you will probably deal less damage, and rolling attacks over and over again is equally boring. Etc.

There are numerable ways to deal with this. 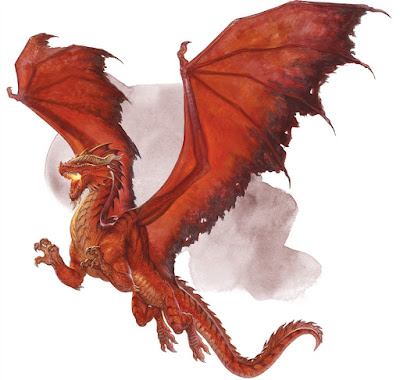 In old school (and most OSR) games, the most usual method is keeping AC more or less stable, adding decent amounts of HP and to-hit bonuses, and SOME extra damage, but not much, unless you use weapon specialty rules. You may also get additional attacks, which raise damage per round.

In D&D 3e/4e, you get LOTS of bonuses. HP is significantly raised. To-hit bonuses rises faster and longer. Now AC is bigger, creating an arms-race of sorts. Damage gets bigger, but perhaps not always big enough. It is said that in 3e, creatures get so much HP that damage becomes less significant, although I don't have enough experience with the game to say for sure. In 4e and games like 13A, damage get exponentially bigger, like HP (although IIRC 4e had to be fixed because monsters just had too much HP).

D&D 5e tones things down a bit. To-hit and AC are diminished almost to OS levels (in fact, often even LOWER than OS levels), but damage and HP are closer to D&D 3e (without the 4e HP inflation). A wizard has a to-hit bonus that is not that far from a fighter, but the fighter gets extra attacks, the barbarian gets higher damage, etc.

Another interesting thing about 5e is that you're chances to hit an appropriate opponent are more or less equal at every level. Compare this to OS games where the chances to hit get higher and higher, but damage gets proportionally lower.

Let's do a quick and very rough comparison of a monsters in these systems (the stats are from S&W, Pathfinder, 4e and 5e).

There is no right or wrong here; I dislike dealing with monsters with 750 HP or +25 to-hit, but they serve a function. For example, they make monsters more "epic". One hundred 1st level archers would stand little chance against this dragon in 3e and 4e, but they might win in 5e, and will destroy the dragon in AD&D or Basic D&D. 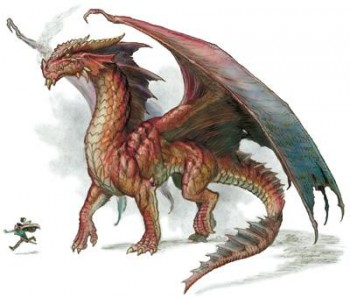 In my own game, Dark Fantasy Basic (DFB) - a mix of old school (specially Moldvay´s Basic) with modern stuff - I prefer to keep big numbers in check. The to-hit bonus are, at most, something close to +20 at the highest levels (that would be level 15th in my planned next iteration; currently it has only 10 levels) - suits a d20 roll very well, IMO.

Monster AC is unchanged from AC, but they get an HP boost. For PCs, they get a boost in both AC and HP. Damage is doubled for monsters, almost doubled for PCs.

I use this OSR to 5e conversion, BTW.

As you can see, DFB plays like an OS game in this regard - the higher your level, the most often your attacks land.

The difference between DFB and these other examples is how I closed the gap between high HP and more or less static damage. In DFB, whenever you hit a number that is equal to AC+10, you get a critical hit, which raises damage. So, not only you hit more often, but you also crit more often. AFAIK, Pathfinder 2 will use a similar formula, but there are certainly other examples outside of D&D.

This allowed me to make high-level combat somewhat shorter and still maintain an epic feel to big monsters (but probably not as much as 3e or 4e), while avoiding dealing with big numbers all the time.

Again, there is no right or wrong - it is mostly a matter of taste. If you would like to see how this turned out in my game, you can check Dark Fantasy Basic here.
Postado por Eric Diaz às 4:21 PM 4 comments:

Some random thoughts I had this week.

Have you ever held, or even seen, a fighting knife?

Goggle it if you want. This thing is REALLY dangerous. I'm pretty sure any random person could stab a trained fighter to death with ease.

In fact, I have recently heard a jiu-jitsu champion say exactly that.

AND Eddard Stark is held by a knife to the throat in A Game of Thrones.

So it's both true in real life and in TV.

One good stab and you might be dead before you can do anything about it.

Even professional fighters might have a hard time knocking someone with a punch.

But sometimes a single hit is enough.

On the other hand...

Seeing someone in armor really makes you think combat is survivable.

Again, not only in TV, but even in youtube channels that study the issue seriously.

Even in medieval manuals of arms, a longsword (1d8? 1d10) would require special technique to wound someone in plate armor.

Killing an ironclad warrior would usually require some grappling and a long dagger.

Or just a mace. 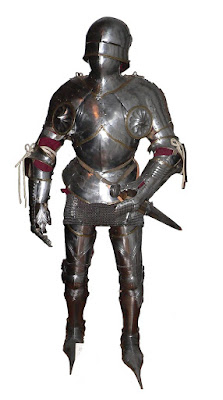 The easiest way to combine both in a D&D context would be having some small damage that would get MULTIPLIED against little or no armor.

If your armor is not that great, you're always one good hit always from being killed.

Blunt weapons would deal more damage, probably, but the "criticals" might be less dramatic.

This manages to both make knives very deadly against opponents with no armor WITHOUT requiring repeated rolls, while also making decent armor very useful against blades etc (but not impervious).

Of course, the chances of rolling AC+10 are not usually that great.

This stuff happens very often - about 10% of the time you hit.

A skilled knight could kill a dragon with one blow.

Armor, of course, would REDUCE incoming damage... up to a point.

So, instead of taking, say, 10 points of damage, the wearer would take 3... Not that much, EVEN if you multiply by four or five.

Of all the systems I have played, GURPS comes closest to this.

Unfortunately it has too much die rolling and a critical hit table in which "nothing happens" is the most likely result.

But I reckon a simple "critical hit" table would take care of most of this stuff, even in D&D.

So, I'm into making tables now. This is inspired Ravenloft, probably. Also, by the lack of enough "dark gifts" in Curse of Strahd, and DCC RPG before that, and WFRP even earlier... Always liked the idea that contact with the dark powers made you weirder, although I am having a hard time remembering actual books like that (except for Moorcock's Stormbringer, I think).

Anyway, roll a d20 and choose one of three options.


Notice that most of these marks are useful. The dark powers take care of their own... in a way. Strange eyes will give you night vision or infrared vision. Fangs and claws are useful in a fight. Malleable bones and wet skin might help you escape. Etc. 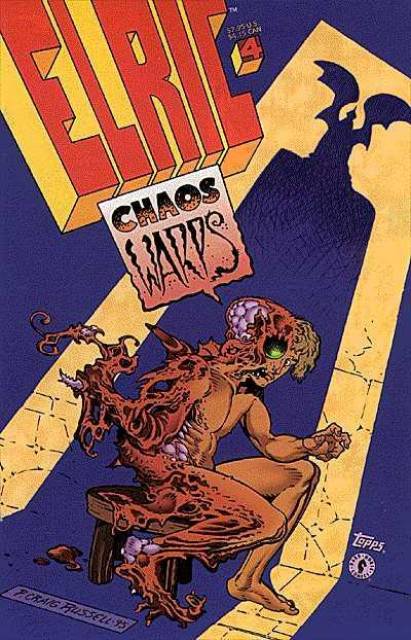 
Update: I collected this table and more in my book Dark Fantasy Characters. Check it out!