"Fixing TWF" seems to be an usual concern among 5e homebrewers.

I analysed the issue here and, like many people, concluded that TWF in underwhelming, basically because:

* The Dual Wielder feat is bad when compared to other weapon feats such as GWM, PAM, and SS, or even +2 to your Dexterity.
* It doesn't interact well with the fighter's multiple attacks, action surge, and other fighting styles.
* You'd need twice as many magic weapons to make full use of TWF, and each might require attunement.
* Wielding a lance or quarterstaff in each hand is ridiculous.

But TWF has some upsides:

* Can target multiple enemies.
* More chances of applying sneak attack damage for rogues. Paladins, barbarians and even battle-master fighters will get some perks too (but not enough to compensate). Rangers are being revised by WotC anyway, but better TWF would be nice. Champions do not usually miss the bonus action anyway. And so on.
* The damage does not fall behind most fighting styles until you get your third attack (level 11) - which most classes don't - and even at level 20 (and most campaigns do not go that far...) the difference is not that great if you disregard feats like GWM.

As you can see, there is a pattern there: most of TWF problems come from feats.

By itself, TWF might be a bit lackluster damage-wise but makes up for it in versatility. Which makes plenty of sene.

In short, TWF does not need fixing, the Dual Wielder feat does!

I'm not even sure it NEEDS fixing; it would be more accurate to say that it could benefit from an overhaul.

And not all classes need a better mechanic. It is mostly a fighter thing. 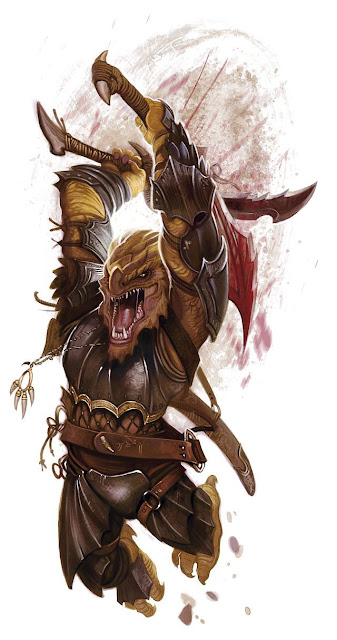 In any case, fixing a feat is easier fix than remaking the whole mechanic.

So, here is the Dual Wielder feat:

Dual Wielder
You master fighting with two weapons, gaining the following benefits:
* You gain a +1 bonus to AC while you are wielding a separate melee weapon in each hand.
* You can use two-weapon fighting even when the one handed melee weapons you are wielding aren’t light.
* You can draw or stow two one-handed weapons when you would normally be able to draw or stow only one.

Point 1 is ok, 2 is comparable to +1 damage and looks silly (two quarterstaves etc.), and 3 is situational at best.

Here is one proposed fix:

Two Weapon Master
You master fighting with two weapons, gaining the following benefits:
* While you are wielding a separate melee weapon in each hand, you gain +1 to hit with both weapons.
* You can use two-weapon fighting even when one of the one handed melee weapons you are wielding isn't light.
* As a bonus action on your turn, you can can take a defensive stance an gain +1 to AC until the beginning of your net turn.
* If roll a natural 2 for an weapon attack when wielding two weapons, you can choose to ignore this attack and roll again to attack with the other weapon. You must use the second roll.

I think this basically fixes TWF because:

- The "main hand" stuff scales well with multiple attacks, and benefits you even when you don't attack with your off-hand.
- The defensive part cost your bonus action.
- The "to-hit" bonus make TWF even more reliable, which is the whole point.
- The "natural 2" thing (that is from 13th Age, BTW) will encourage you to use both weapons frequently.

The best part? You can add the second feat as an alternative to the original feat, or even use both, since they are not completely redundant nor become overpowered when stacked. Dual Wielder will be good for some characters (specially if you want to throw daggers) and Two Weapon Master is a better picks for rapier + dagger fighters (although it is a bit better overall IMO).

As you can see when comparing this post to the last one, a pattern is beginning to emerge. It has a bit of 3e and a bit of 4e in it. I will eventually explain that in detail. But, first, let us talk about double weapons.

---
UPDATE : I released a book (5e Manual of Arms: Weapons) that deals with weapons in 5e. Check it out below!

To support this blog, take a look at my books on DTRPG!

Try my 5e Manual of Arms: Weapons or any of my books.

If you prefer comic books, check The Displaced series.

Thank you all for your audience and support!
Postado por Eric Diaz às 6:14 PM