Book Reviews I - The Witcher (plus LeGuin, Foundation)

A brief list of books that I've read recently and might interest the readers of this blog. 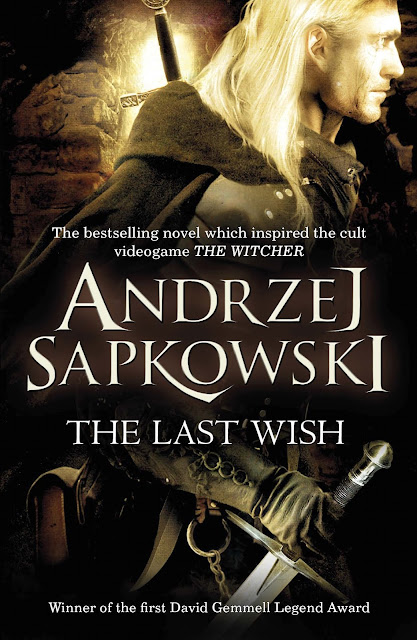 First book of the Witcher series (famous for the videogames I haven't played), telling the stories of the mercenary monster-hunter Geralt of Rivia.

This book will certainly be useful as inspiration for D&D adventures. In fact, each chapter reads like a separated adventure (very much in the picaresque fashion), with plenty of combat, intrigue, diplomacy and cool monsters. The Witcher universe is very rich and D&D-like, with bards, half-elves, druids and dwarves walking around, people fighting for coin, and plenty of monsters terrifying the villagers.

People seem to mention "eastern European mythology" a lot when talking about the Witcher, but in this book most stories seem to be based in familiar fairy tales like Snow White, Beauty and the Beast or Alladin - with a few interesting twists, of course.

The book itself starts in the most cliched (an D&D-ish) way I could think of, with a tavern brawl where our hero can show his amazing prowess against village bigots. But the book gets better as it goes, and soon I found myself glued to the pages (ate least until the "The Last Wish" cahpter, that is a bit longer and felt a bit slower).

Geralt is a larger-than-life character, in the "pulp" tradition. Like REH's Conan, he is powerful enough that you begin to doubt if he can be defeated, but he occasionally fails and suffers from bouts of melancholy.

The book's language is very straightforward, with plenty of profanity, humor, and sexuality, which makes for an easy, fast read. Andrzej is good at coming up with clever twists, decent action scenes and slick one-liners but, at least in this book, not much depth (for the lack of a better word).

In this way. the book suffers a bit from a "Poughkeepsie syndrome" of sorts (see below): the world seems small, service is traded for coin, people's attitudes are modern instead of medieval or alien, and so on.

Overall, a fun book. I would expect the rest of the series to be equal or better than the first one. If that is the case, I'd be interested in reading them.

Ursula K. Le Guin - “From Elfland to Poughkeepsie” and others.

“From Elfland to Poughkeepsie” is an article written in 1973 by LeGuin, who recently passed away. I've read it a while ago, but I'd thought it is relevant enough to mention it here. The gist of the article is that fantasy should feel, well, fantastical - not "journalistic" and populated with modern characters with fantasy suits. She spends a great part of the article talking about modern prose (as opposed to the works of Dunsany, Tolkien and Eddison), but what I've taken from it is that fantasy characters needn't have modern attitudes.

A "fantastic" journey should, then, be a journey into the unknown, not a familiar travel with different stage props. If your first thought when you see someone being murdered in Elfland is to call the elf-police, you're back in Poughkeepsie.

Ursula wrote at least one of my favorite fantasy books, A Wizard of Earthsea, which felt deeper and more fantastical than most fantasy books I've read. It pushed the limits of what I thought magic and fantasy could be. The Tombs of Atuan was also a great read.

If you haven't read her superb work, I would recommend you read immediately - it certainly has a place among fantasy's greatest (and it is also mentioned in Moldvay's version of the Appendix N).

As a fan of Asimov, I guess I should have read the Foundation trilogy (Foundation, Foundation and Empire, and Second Foundation) a lot earlier. Unfortunately, I was a bit disappointed with it - maybe because the hype was so great. These are very good books, especially the second one - but I enjoyed I, Robot (and other short stories) and The End of Eternity more.

The Foundation trilogy feels like a connection with short stories, with great plots and epic ideas, but few interesting characters and not a strong overall arc (the series is a lot bigger than these three books after all). But it is an enjoyable read and at times it becomes obvious why this book is so influential.

I would still recommend it, but don't go into the book expecting to be better than "Lord of the Rings" as advertised in my copy.
Postado por Eric Diaz às 1:09 PM