The spear has been used throughout human history both as a hunting and fishing tool and as a weapon. Along with the axe, knife and club, it is one of the earliest and most important tools developed by early humans. As a weapon, it may be wielded with either one hand or two. It was used in virtually every conflict up until the modern era, where even then it continues on in the form of the bayonet, and is probably the most commonly used weapon in history. - Wikipedia. (emphasis mine)

The spear being the "most commonly used weapon in history" is not hard to see, right? You can easily picture a Norse god, a Zulu warrior, a mounted knight, an Irish mythological hero, or a native American fighting with a spear - same goes from Greek, Roman, Japanese, Chinese and Middle-eastern soldiers, cavemen, not to mention fictional beasts such as fish-men and aarakocra.

You'd probably have a harder time saying the same of a sword, mace or axe.

So 5e gets it right by making it a "simple" weapon anyone can use. It also has a couple of good features - versatile, thrown - to showcase its versatility (I'm sorry for the redundancy).

On the other hand, it is pretty useless for in all other aspects except versatility. If you're fighting with one hand or throwing it, you'd better use the cheaper, lighter, javelin - which also has a better range.

Fighting with two-hands makes the spear a decent simple weapon... but you're not very likely to use a two-handed weapons if you're not proficient with martial weapons. And, of course, picture those spear-fighters again: I bet they are using a shield (the legionnaire, the hoplite, the Zulu warrior etc.), and they are probably proficient in martial weapons (fighters, barbarians. etc.)... 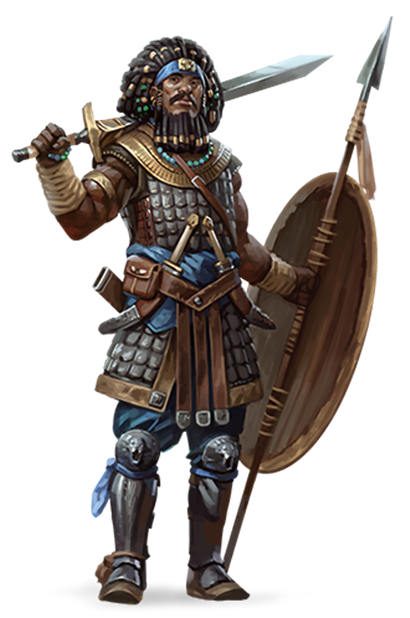 "But what about the wushu spear", you might say. Well, I admit 5e has got this one covered, because the spear is a decent weapon for a monk. It bothers me a bit than you HAVE to be a monk to do that, tough - a "finesse spear" is no stranger than a one-handed quarterstaff - but I can't sey the archetype is not in the book.

Now, there are plenty weapons in 5e that are somehow related to the spear: javelins, pikes, halberds, lances, tridents, etc. You might say the spear is just the simple, non-specialized weapon, that should only be used when you don't have a more specialized tool. Still, NONE of those are good for our spear-and-shield build.

There are at least two ways we can fix this. You could just create a martial "heavy spear" or "military spear" that would be comparable to the long-sword (instead of the useless trident), or even a full SET of military spears: a heavy spear, a finesse spear, a long spear, etc.

Or you could just create a feat for specialized spear-fighters. Here is the one form feat from Unearthed Arcana (source):

Though the spear is a simple weapon to learn, it rewards you for the time you have taken to master it. You gain the following benefits.
Even though I usually dislike that "+1" stuff (just because it is not a thing you see in most 5e feats), I have to agree it is a great feat, and covers most bases I'd like to see covered - better damage, reach, and "receive a charge" like in old school D&D.

* I don't quite see the reason to "increase your reach for the rest of your turn". Why not go all the way in and let you increase it until the beginning of your next turn, or until you choose to end it?

* While the "d6 to d8" stuff is nice, it is practically the same as +1 to damage, with a strange limitation (what other feature improves weapon damage die? and even if there is one - is +1 damage to a spear a cause of concern?).

* The feat applies to one single weapon - which seems a bit limited when compared to feats such as Crossbow Expert (useful for ALL ranged attacks), GWM (useful for all melee weapons), Polearm Master (useful for four different weapons but - alas!- not the spear).

* It also bears remembering that the feat must be compared with a +1 increase to your Strength modifier, which would give you +1 to-hit and +1 damage (without the limitation) with ALL weapons, plus some benefits to grappling, encumbrance, skills, saves, armor, etc. I'm not sure the last two points make up for the difference. 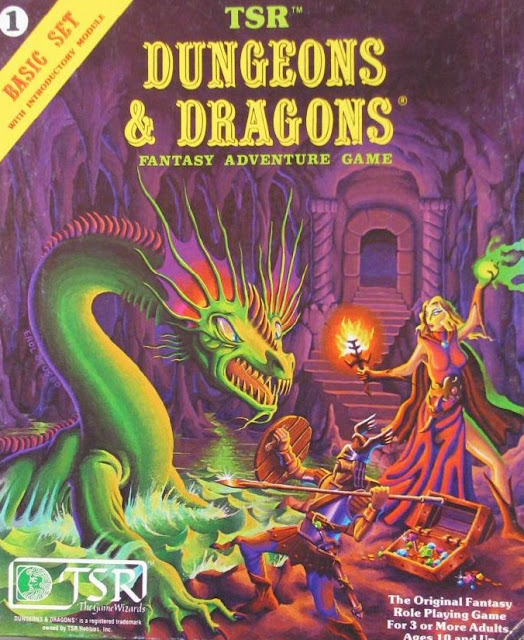 So, I'm tempted to make a feat that would make the spear the uber-versatile weapon and ALSO make it useful for shield-wielders. Something like this:

Hoplite
You have mastered the spear and many similar weapons to make the best use of them. While you're wielding a spear, trident, lance, glaive, halberd or pike, you gain the following benefits (the benefits don't apply to other weapons you're wielding).


The +1 AC part highlights the defensive aspect of the spear-and-shield fighter and benefits "martial" classes (most classes that are proficient with shields are also proficient with martial weapons).

As for setting the spear against a charge part... I would probably keep that last bullet point as written (other than allowing you to do the same with a pike, etc). I might even allow pikes to attack at an extra 5 foot distance, with disadvantage to attack a target within 5 feet of you.

It is mildly frustrating that I can't think of something better than whoever wrote this (very neat) feat, but hey - this was in OD&D (Monsters and Treasure, pg. 31) and I don't think I can do a much better than Gygax & Arneson anyway.


Thank you all for your audience and support!
Postado por Eric Diaz às 10:24 AM