I have written some house rules, but I hadn't included magic. Also, I used 1-in-X skills, but I prefer 2d6. With this two things in mind, here is a simple magic system that you can use.

Just roll 2d6 + INT; add Arcana* and subtract spell level.
* Arcana is a skill, and it shouldn't be greater than level nor greater than 9. Spells are "bought" with ability points (on a 1-by-1 basis), but are very flexible.
If you aren't using skills, it is equal to MU level/2, round up. Cleric level/3, Rogue level/4 and even Fighter level/5 might work too.

I use this table with this Minimalist Magician, but you can use it with most "traditional" D&D spell systems.

Let us discuss some details. 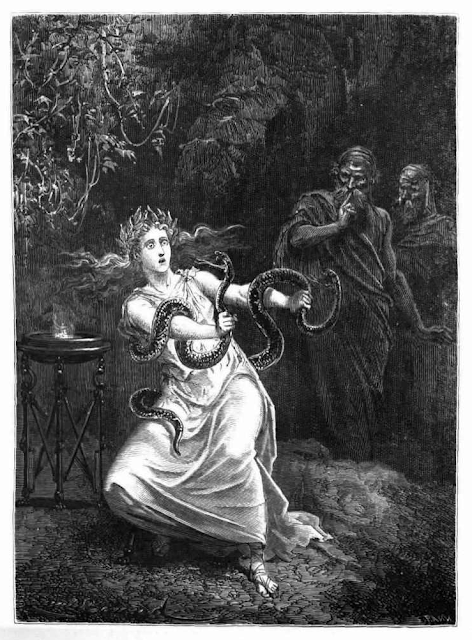 Spell fumble: what this means depends on the tone of your campaign. You could insert corruption and mutations here, or you could use it for comical effect. As a rule of thumb, to measure the effects of a fumble, check what happens if the spell turns against the caster. A fireball spell gone wrong would cause a lot of damage to the caster and his allies, for example (saving throws still apply); it doesn't necessarily mean that the fireball exploded in the wizards face, but it is one possible interpretation - again, depending on the tone of your campaign, the philosophy behind your magic system, etc.
Decide this stuff beforehand to give a certain flavor to the magic-users' school, or tie with it the campaign: defilers, preservers, liches, angry deities, etc.

Side note: have you ever read a book with spell fumbles? I can hardly remember anything of the type "the spell goes off in the wizards face". There is the Wizard of Earthsea, of course, Discworld (IIRC), and D&D or D&D inspired novels (and TV series).
Curiously enough, Jack Vance is the only author with "spell fumbles" that comes to mind right now, but D&D's "Vancian" system seldom use them...
In any case, for a more "serious" tone, what I suggest is that the spell works, but with unintended consequentes: a fireball burns the whole castle down, or summons a fire elemental, os shows your location to the whole world, etc. You summon the demon, but it tricks you; the ghost of your mother is actually an illusion from your head; the wounds heal, but just on the outside; and so on.

Spell failure: this is somewhat worse than nothing happens. One possible interpretation is to have the spell wiped from memory, as "Vancian" systems do. I would prefer losing 1 HP per spell level, instead (save vs spells halves damage).

Success with a cost: I use this entry to fix a problem I have: I like interrupting wizards, but I'm still not sure about complex initiative systems. So, here is my "cost": the spell goes off in the begging of the next round, but you cannot move, take damage, etc, until it does. For spells that aren't meant for combat, just double or triple the casting time.
If you dislike this option, make a "cost" in HP, spell slots, spell components, etc.

Success: the spell works as intended. You can cast it again next round if you want. Nothing is lost.

Critical success: anything you like! One option is using the +2 modifier, maybe add +2 damage per dice. It will give magic users good reason for using low level spells at higher levels. 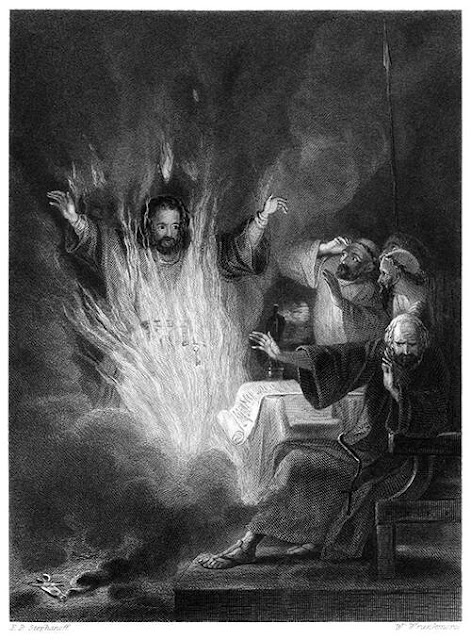 This system seems sound enough, and I'm eager to use it, but I would like to hear other peoples opinions before I turn it into a one page rule.

What do you think?

EDIT: it might be worth noticing that this system is quite similar to the original Chainmail system. Even though I have never played Chainmail and didn't use it as a direct inspiration, the similarities are obviously more than simple coincidence. Also, it has been brought to my attention that one important spell fumble that inspired in D&D comes from The Lords of Quarmall (look here for more info).
Postado por Eric Diaz às 3:58 PM