The three-strikes rule means: fail three times, and you're dead. Or at least out of the game.

By the way, I'll use 5e D&D as a starting point, but you can apply it to most RPGs, really. I've seem something similar in various games (specially in 4e D&D, but Mutants & Masterminds and Dungeon Grappling also come to mind) and I've been playing the idea of creating a similar method for 5e for a while, even before I wrote this article in September 2016 (which I'll quote extensively and without quotation marks in this one). The idea of a "rule of three" appears again and again on this blog for reasons I cannot fathom (I once tried a "rule of four" for encumbrance only to discover a rule of three would work better in every possible way). And as it often happens, my own RPG, Days of the Damned, also uses something similar.

As you all know, in 5e, if you fail three death saving throws, you're dead. Not that I love this rule as it is written - in fact, I prefer my own version (or something even harsher) -  but the idea behind it has a number of interesting uses, specially if failing three times can cause you different problems instead of just death - say, petrification, immobilization, unconsciousness, and so on.

Here is how it goes.

Something bad happens and you make a saving throw. If it happens again, you roll once again, but the more you fail, the worse it gets. Fail three times and the game is over.

Fail your saving throw once, and you suffer some minor adversity. Maybe you suffer the “grappled” condition, get knocked prone, pushed 5 feet away, disarmed, dismounted, momentarily blinded, etc. You can recover as easily as getting up from being prone. This means most conditions inflicted upon the target (blinded, frightened, etc.) should go away with little to no effort by the beginning of the target’s next turn (or the end, if it’s something that ONLY affects the target in its own turn).

Examples: sand gets in your eyes, you fall, get stunned for a moment, slowed, etc.

Fail your saving throw twice, and you suffer some major adversity. Maybe a worse condition (Restrained, for example), something that causes you increasing damage over time, or a more extreme version of a minor adversity (falling 20 feet away, disarmed and prone). "Disadvantage for every check" is a nice way to put it. The difference is that this adversity sticks until you do something about it, which means not only spending an entire action but also succeeding in a roll of some kind. If this causes damage instead of conditions, it would take away about half your HP.

Examples: you're caught in a giant spider's web, poisoned, on fire, etc.

As you can see, this is just a three-tiered classification of conditions, with infinite uses. Here are some examples:

Grappling - again, Dungeon Grappling , mentioned above, got you covered. If you want something simpler, try using the progression suggested above with the Grappled / Restrained / Stunned conditions. You can use ability checks instead of saving throws, exactly like the PHB recommends.

Skill contests - this "rolling three times" thing is ideal for skill contests because... probabilities. Ignore conditions, just roll the dice for both sides to see who gets three successes first. Just rolling 1d20 doesn't work; but this method, combined with some suggestions from the near future (i.e., next post), will make the wizard with a +5 bonus from Intelligence beat the stupid fighter in chess more than 90% of the time - like the fighter does when he gets into a fist fight against a puny scholar!

You can use the same method for chases and other contests that might take more than a moment. In fact, it doesn't have to be a contest - the same "three successes before three failures" you use for death saving throws will work here, too. 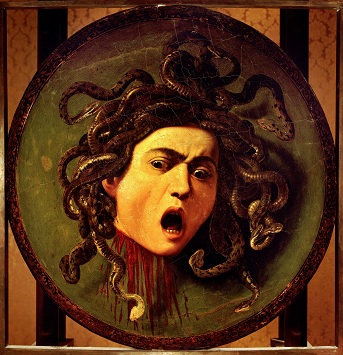 Medusae - for a good implementation of this rule, take a look at 4e's medusa. First, you get slowed, then immobilized, then petrified. 5e´s medusa is similar, but the progression is quicker, which is a bad thing IMO - one bad roll and the character is immediately petrified (even a level 10 PC may have 45% chance to be immediately petrified, for example). Fortunately, it only works within 30 feet.

The main purpose of the thee-strikes rule is to avoid such "save or suck" situations in which a bad roll can destroy the character without giving him any choice. If a PC fails the first save, well, he can always chance tactics or run away - or fight to the bitter end, on purpose, not by accident!

But there are another reasons - rolling three times is a lot more reliable than rolling once, which is why we don't usually let one single roll end most combats. Of course, the "save or die" mechanic has its fans, but this might be a reasonable alternative if you want to give you players less than 5% chance of immediate death.

But what if you still want SOME chance of immediate death? Stay tuned...
Postado por Eric Diaz às 4:49 PM