B13 has a list of languages that is not specially interesting - you've got languages for elves, dwarves, lizard men, etc. It makes sense that every creature would have their own language; in fact, if D&D-world is anything like the real world, each species might have thousands of languages that are mostly incomprehensible to speakers of other languages. This is not particularly useful when running a game. so we get a "common" language that 20% of people speak, thus avoiding to deal with language barriers all the time (still too often, probably), while at the same time having a few extra languages that can give you an edge in one interaction or another.

Works fine, I guess, but I haven't got much to contribute, so there is no point in writing my version of this part of  B13. Unless I use it as a world-building tool - if lizard people speak "Low Snake-speech" instead of "lizard men language", or if dwarves and elves share a common language,  it tells you something about the history of the world.

Modern D&D does something like that, while reducing the number of languages and alphabets to more manageable levels - maybe goblins, hobgoblins and bugbears all speak the same language, for example. Again, works well, but feels a bit artificial and it's not something I feel particularly interested in.

Now, alignment language. It certainly has its fans, but it has plenty of haters and has been mostly abandoned in modern D&D, as it makes little sense unless you see alignment as factions. The main inspiration for the concept is probably Black Speech.

Another problem with alignment languages is that, in theory, it could be used to identify anyone's alignment in seconds, making some interesting interactions impossible.

It is not hard to make SOME sense of alignment language; it might be like Latin for the catholic church, a secret language shared among members of the same team, a gift from the gods to their followers (which fits the idea that you forget it if you change alignment), body language that reveals a character's true attitude, etc. But any people prefer to avoid the concept altogether.

My attempt to make languages interesting include giving each language a special "power" or twist, without going too far into etymology, culture and world-building, and avoiding the most obvious pitfalls. Here are some examples: 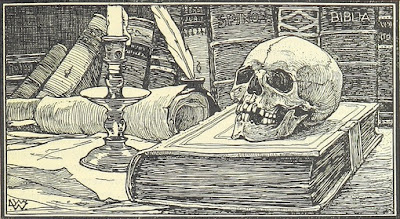 Darkspeak: the spoken/written language of demons and the mightiest inhabitants of the Abyss. Only chaotic characters can learn it without a significant risk of going mad, and even them will avoid using it unless they are also demons.

Devani: the spoken/written language of Elysium. Learning this language for any character that isn't lawful is like looking directly into the sun, and many will not survive the experience. Every mortal uses this language with reverence and awe and avoid speaking it out loud - even if they can understand it when it comes form the mouth of an angel.

Fae: the spoken (sung) language of fairies and the spirits of the wild. Anyone can learn it, but characters that are not Neutral are suffer greater risk of being charmed by sylvan spirits if they understand their words.

Vulgi: the widespread spoken/written language used by different peoples of the realm, specially travelers and merchants, that allow people from different places to talk to each other.

Thieves’ Cant: the secret language spoken by many criminals and beggars. It can be discretely inserted in regular conversation to pass hidden messages along.

Rún: the written language of magic-user’s spells. Anyone can learn to read it phonetically, but speaking the words out loud is very dangerous for people that are not versed in magic.

Trail signs: the symbolic language of rangers, druids and wilderness explorers marked on trees and stones to identify dangers, pathways, etc. People from different backgrounds often use similar signs, but even when they don't the variations are quickly memorized by the ones that are familiar with the language.


Dialect: each people, tribe, region, etc. has its own dialect. There are thousands of them, but there is a good chance that nearby dialects are similar enough to allow free communication. The more the distance, the smaller the chance of being understood.
Postado por Eric Diaz às 4:56 PM