Too many races (+My Carcosa)

Races available in my next Carcosa (Dark Sun/Tékumel) campaign:

- Choose any race available in any 5e book. Try to avoid the most boring ones (no ordinary humans). If you find something cool in another system, we will find a way to include it too.
- Tell the GM the main distinction of your race: habits, culture, etc. Be brief. You do not have to stick to WotC text.
- Races chosen by players substitute one of the thirteen types of men described in the book.
- Races not chosen are whatever the GM feels like. Some suggestions:

Voilá! Now Carcosa is full of bizarre races, each with a distinct appearance and culture, if you need one (just google it!). 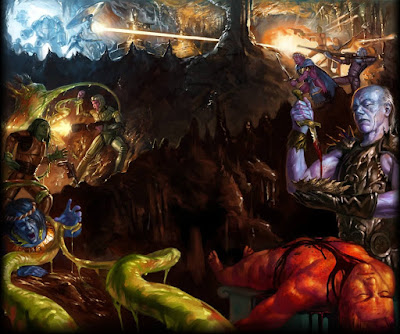 My current 5e campaign has four player characters: a gnoll, an aasimar, a goliath, and a tiefling. I play most old school modules and I'm currently running Curse of Strahd; so you can imagine that there is no place reserved for such races in most adventures. My players do not care much about their races beyond chargen, and as a result their races NEVER got mentioned again (except for the goliaths' size).

I don't care either - I want players to be free to create any characters they enjoy. However, it paints an irritating picture in my mind. They seems out of place - unlike my Dark Sun or Ravnica adventures, these "unusual races" just do not seem to fit (they would be a bad fit for "tolkienesque" settings too, but I hardly run those).

To be honest, Curse of Strahd should probably be human-only. Not onyl the PCs, but the NPCs add nothing by being half-elves etc (well, I can only remember a single case anyway).

My next campaign after CoD is probably a Carcosa hexcrawl, which gave me this idea.

As you know, Carcosa is inhabited by many types o men: orange men, blue men, bone men, etc. They are nearly identical expect for the colors of their skins, which many people find boring (although I think 13 different races with distinct appearances and cultures might be too much).

(And if you're asking yourself how many races should a setting have, the answer is probably seven).

Makes me wonder if it wouldn't be better to use the same reasoning for ALL settings...
Postado por Eric Diaz às 11:56 AM