D&D sells you fish, but won't teach you to fish [Part I]

So, here is the thing. D&D (and pathfinder, etc.) is selling you fish. Classes, races, spells, etc.

Take the 5e PHB, for example. Tons of great stuff. You buy the game, make some choices, and you get a character, and you're ready to play. Not much effort needed. I really like this book.

Same for the Monster Manual. You get a big list of monsters. Find the monster you need, and you're ready to go.

And this is great - I love monster manuals, I love cool adventures, and I really like the 5e PHB. The DMG... is a bit disappointing, but we'll get there. 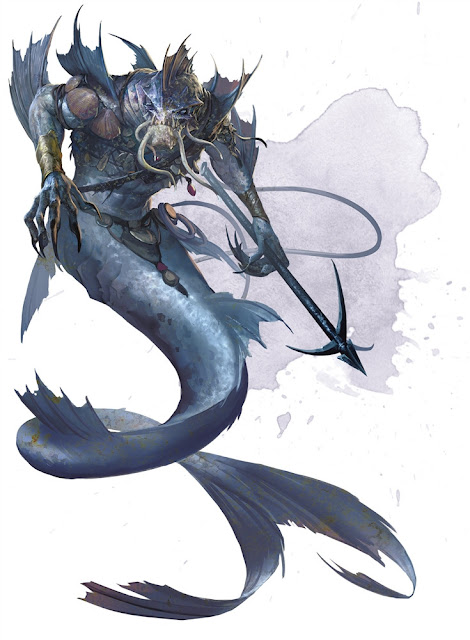 First, the problem with the PHB. While races, classes and feats are cool, there is an obvious point buy mechanic behind them. I ranted about it here. It goes more or less like this:

A feat will give you SIX POINTS.
An ability score increase costs 3.
A skill costs 2.
Expertise costs 4.
Languages, tools or fighting styles cost 1 [NOT the same as a skill!].
A couple of cantrips cost 1.
Saving throw proficiency costs 3 .
Etc.

I mentioned feats, but there is also a "hidden" point buy for races and class features. And that is the entire problem: they never tell you the numbers, making your job of creating races, classes and feats harder.

Of course you can "reverse engineer" this stuff, but it discourages you from creating your own stuff.

The DMG should fix it - but it doesn't.

While the first chapters of the book are pretty good (with some caveats) to great (see below), the parts about the rules do not explain how this "point buy" rules actually work, even though it hints at it. For example, it says "fire" resistance is more or less equivalent to "necrotic" and "radiant" resistance combined, without measuring it... and failing to mention it while discussing new spells!

The new spells part, BTW, is not that bad... just short and full of useless advice such as:

"If a spell is so good that a caster would want to use it all the time, it might be too powerful for its level."

Or guidelines that are so vague that they have no utility at all:

"A long duration or large area can make up for a lesser effect, depending on the spell."

How long? How large? How lesser? Which spells?

This vagueness is not necessary - you can extrapolate good guidelines from the sorcerer, for example. But, again, they seem to discourage you from creating your own stuff.

The DMG is also bad when messing with other rules. The rules on "damage severity by level" (page 249) treats 1st level PCs as if they had the same HP as 4th level PCs without discussing the issues, for example.  The automatic success rules (page 239) can create baffling effects - for example, a PC with Strength 19 might have 50% chance of battering down a door, while Strength 20 will give you an automatic success (shouldn't be there some middle ground there?). And so on.

Now look at this insightful advice on how to find if a task is easy, moderate or hard:

Then ask yourself, "Is this task's difficulty easy, moderate, or hard?"

It sounds like some kind of joke, but this is what the DMG actually say (without addressing that in most adventures there are a lot of DC 12 and DC 13 tasks).

The part about creating monsters is, well... good enough, I guess. Probably deserves a post of its own. Here is something to get you started.

The interesting thing is that the DMG is great when discussing other issues.

The NPC tables are awesome, and the magic items generation is just FANTASTIC. Even the tables on creating adventures is great. Same for settings (although occasionally a bit boring).

These do not only teach how to fish, but provide with hook and line to create your own stuff!

In fact, there is so much awesome stuff in the DMG that I almost feel bad for criticizing it.

But anyway - I feel there is this strange tendency towards avoiding teaching people how to fish, for fer of not being able to sell fish anymore. Which is silly, IMO. In reality, there will ALWAYS be more people willing to buy fish than to do the fishing themselves.
Postado por Eric Diaz às 7:06 PM