LOSTLORN - teaser for a dark world

This is what I'm hoping to be the "next big thing" in terms of third-party 5e products.


LOSTLORN™️ is a dark fantasy roleplaying game by Mark Rein-Hagen (creator of the World of Darkness franchise), where you play the monstrous denizens and rulers of a mythical land filled with existential horrors and surrounded by an eternal storm trapping all souls there.

Will you thrive to the Star-Courts or be defiled to the depths of Abysma? Will the Tempest rip your eternal essence apart?

Forge your own destiny in Lostlorn!

In short, a new 5e setting by Mark Rein-Hagen (of "Vampire, The Masquerade" fame, among other games). The setting is being discussed "in the open", on Facebook, somewhat similarly to how 5e was created, but a bit less secretive.

I am participating in the creation of game mechanics: races, maybe classes, and soon monsters and (I hope) weapons. 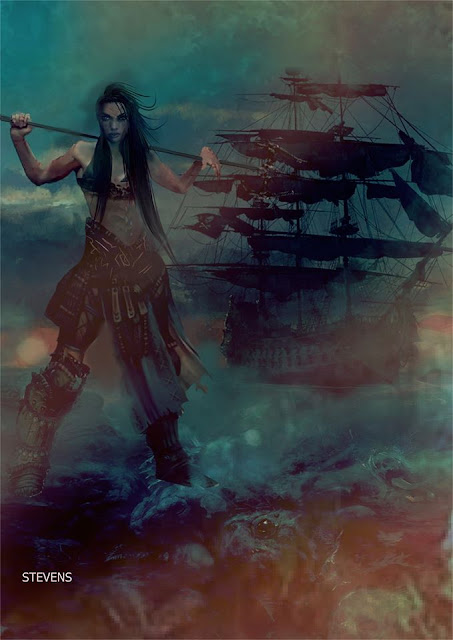 What is interesting about this setting?

Here are some things I think readers of this blog will appreciate.

First, it is not that similar to your traditional faux-medieval setting. It has a renaissance, even Shakespearean vibe, in a dark, mythical setting. The "reincarnation" aspect is somewhat reminiscent of Ravenloft and Dark Souls but much more complex.

Like Dark sun, it takes common tropes and subverts them; there are no elves, dwarves, or halfling, for example, but there are other people that fill similar niches. There will be entirely new classes, divided in guilds.

What is more, the setting is low in magic, unlike traditional 5e. the action is of the swashbuckling type. The game will focuses on intrigue and social interaction more than combat.

As the setting expand, new characters are creates. In addition to mortals, you'll be able to play vampire knights, demon knights, and so on, each with their own culture, traditions, etc.

The art is looking awesome so far (artists: Derek Stevens, above, and Adam Craft, below‎ - not sure these are the final versions). 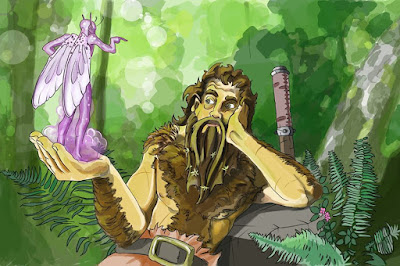 Join the group on Facebook, or stay tuned to this blog see how this goes!

If you want to support this blog, check my books on DriveThruRPG! Almost all are included in the site's July sale!
Postado por Eric Diaz às 4:30 PM