I've been reading Van Richten's Guide to Ravenloft. I know I'm late to the party, but I'm probably writing a review soon. If you want the TLDR: it is better than I thought. The art is not great (everything lookss a bit grey and computer-generated for my tastes), but the writing is above-average for WotC.
Anyway.
I got me thinking about an old idea I've read somewhere about "Inverse Ravenloft".
Ravenloft is located in the Shadowfell, the depressing plane of shadow, nightmares, etc. It's inverse is the Feywild, the brightly-colored home of the fairy, dreams, and fairy-tale logic. Ravenloft is repetitive, predictable, still, while the Feywild is the opposite.
Both are dangerous in their own ways. It wouldn't be much fun otherwise.
I haven't read The Wild Beyond the Witchlight, and I'm not sure I'm going to, but it seems to have a structure that is somewhat similar to Curse of Strahd.
In any case... what would an direct inversion of Curse of Strahd? Can we do this and still make it dangerous, scary and fun?
Let's try.
Vallaki. The village of Vallaki is ruled by a tyrant that wants to force everyone to look happy. Its reflection might be a place ruled by a "benevolent" ruler that needs everyone to be sad and depressed to make sure it can cheer them up. "Natural" happiness will cause suspicion. How could they be happy if not for the tyrant's interference?
Krezk. In Krezk, there is an abbey that houses the deformed, but mostly helpless and marginalized, "mongrelfolk". Its reflection is a place ruled by the sick and deformed. Ordinary people are institutionalized (and maybe eventually modified) for their own good. Instead of the isolation of the original Krezk, its mirror-Krezk welcomes strangers, as long as they are willing to conform. The original Abbot is an insane angel in disguise; its reflection is a subtle, scheming devil.
Village of Barovia. The original village of Barovia lies in the shadow of Castle Ravenloft. Everyone is afraid of being kidnapped by vampires at night. Its reflection suffers under the light of Castle Fey-something. They look at the castle and hope every day to be kidnapped and raised among the beautiful fairies, through endless parties, banquets, and no responsibility, forever. 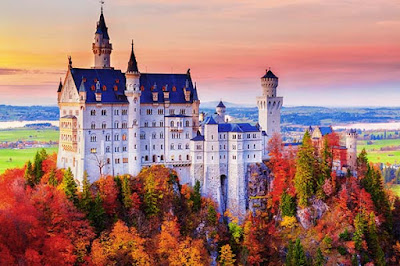 Castle Ravenloft. Castle Fey-something is a beautiful place; maybe a stranger version of Castle Neuschwanstein. Instead of a nightmarish place full of undead, it is a dreamy place full of beauty, dance, and apparently harmless play. People want to get in but are rarely invited. Everything is always changing, even the truth, maybe even the past. Every time you open a new door, it might take you to a different place. Come to think of it, that's what I wanted Castle Ravenloft to be in the first place.
Argynvostholt. Originally a castle ruled by undead enemies of Strahd, now the last bastion of ugly, smelly, stubborn humans who insist on keeping their independence and their rudimentary ways. Probably located underground.
The Amber Temple. The evil temple is replaced by a warm summer grove. The Dark Powers are replaced by Powers of Light. They will offer you various gifts, and only ask good things in return. For example, you might never tell another lie again (and especially not badmouth the queen - that is a lie regardless of any other considerations), never harm an innocent (and all fey are innocent, even when they're trying to kill you), never show dissatisfaction with your beautiful surroundings, etc. 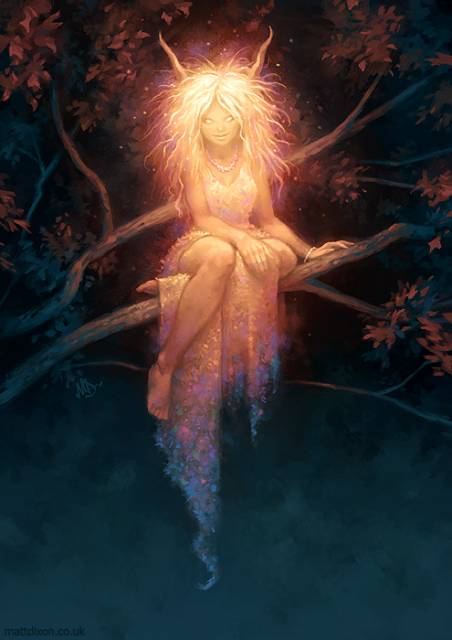 Lord Strahd. The Fey-queen is not a tyrant like Strahd; most of her subjects follow her willingly, and since she only wants the greater good, her minions are happy to imprison the recalcitrant for re-education, or even slay them if they can't appreciate the Queen's beauty. Someone has to rule the place, after all; left to their own devices, the humans might harm themselves or others.
She is not admired for her immense power; instead, she is seem as a frail, delicate thing, who succeeded against all odds, and reluctantly accepts power to protect her subjects. If you doubt her best intentions, she might even shed a tear. She doesn't need an iron fist; she will strangle you with a silk rope, sincerely hoping you would just thank her for ridding the world of your miserable existence.
Postado por Eric Diaz às 8:28 AM