The Suicide Squad in Hell! A campaign pitch of Orphean Rescue

I'm pretty sure I read this idea (or something similar) in some old school blog or rpg thread recently. Let me know so I can give due credit. Lots of repeated themes coming from nowhere (and everywhere) in the last few days; see the end of the post for some references that may or may not have anything to do with this post.

BTW I haven't even watched the movie. But the trailers look cool, and I used some lines. 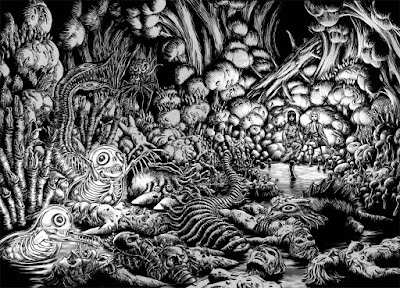 "This is blasphemy! Madness! Break into Hell, to steal from it! Why would one even try it? And for what? A soul which is exactly where Divine Law demands it to be!", said the old man.

"I know", the young man answered.

"How would you do such a thing? Enter the Abyss without permission! Fight layers upon layers of bloodthirsty demons! Hordes of damned things whose names even the foulest grimoires dare not mention! Go through rivers of fire, clouds of acid, halls of living flesh! Endless deserts of ash and glass with skies of blood!"

"I found some people. A mercenary. A barbarian. An assassin and a thief. A diabolist. A witch. A... lunatic, I guess."

"The worst of the worst."

"And the price? Eternal damnation! Do you think the gods will ever forgive the attempted rescue of someone they put in Hell? Foiling of Divine Justice?".

"As you might have guessed, these people know they are not going to see Elysium anytime soon".

"Never mind Elysium! When you die, your souls will be trapped for eternity! The Abyss will punish you harshly for your arrogance!"

"We are aware of the risks".

"Yes", the younger man interrupted. "I must do what I can with what I've got."

The two sat in silence for a few minutes, looking down. The elder man got closer to the fireplace, and shivered. Finally, he spoke again.

"I... I cannot help you. The price is too high. May the gods forgive me for even hearing you".

"I understand. Still, I had to let you know".

"Wait! You are not like this people! You spent your whole life in service! Your soul is meant for heaven!"

"Not anymore", the paladin replied, before leaving the room. "Pray for me, father". 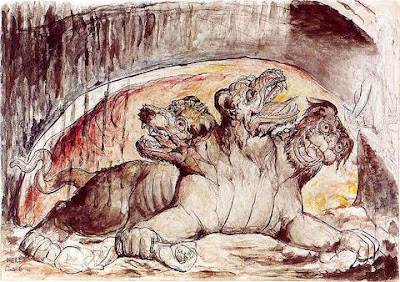 Some random thoughts about the scenario:

- You thought the Paladin in Hell was doomed enough? Well, now he is also forsaken by the gods. Body sacrifice is nothing when compared to soul sacrifice.

- Here is a chance to use all those demons in the Monster Manual! And probably some Petty Gods too! What about deceased PCs and NPCs?

- This is certainly high-level and better suited for dark grey characters that already have committed their share of sin.

- Why would anyone do this? A tiefling, born cursed, rejoicing at the opportunity of offending the Abyss. A rogue looking for the ultimate heist. All kinds of people looking for power or wanting to defy the divine status quo. Obvious, a pious man who damns his own soul to save another.

- There is strict hierarchy in hell, and they want to keep their prisoners... but certainly not everyone is happy with the current arrangement. In fact, the whole idea is so blasphemous that only demons will be willing to help the group, and for the worse reasons one can think of. Even angels may descend to hell to stop the characters from foiling justice. Fallen angels, though, may be another story... Damned souls would be willing to cooperate, maybe. Or would they sell the group for a chance of redemption? And what about outsiders, elementals, etc?

- First idea that comes to mind is someone damning his own soul for a loved one... But what if the group needs to rescue someone with no redeeming qualities at all - and actually let him get away with his sins - in order to achieve a different objective? All the more dramatic.

- Don't pull any punches! The price for this mission is damnation. Even the most merciful gods will not help the PCs after this. They will be hated through heaven and hell. Better find a house in some forgotten corner of Limbo for the afterlife. Or try to convince some neutral or extra-planar divinity to take you in. Maybe the PCs can save themselves if they give up on the original mission and repent. When the campaign ends, at least one of three things (the mission, the PC's souls, or the whole universal order) will be destroyed. 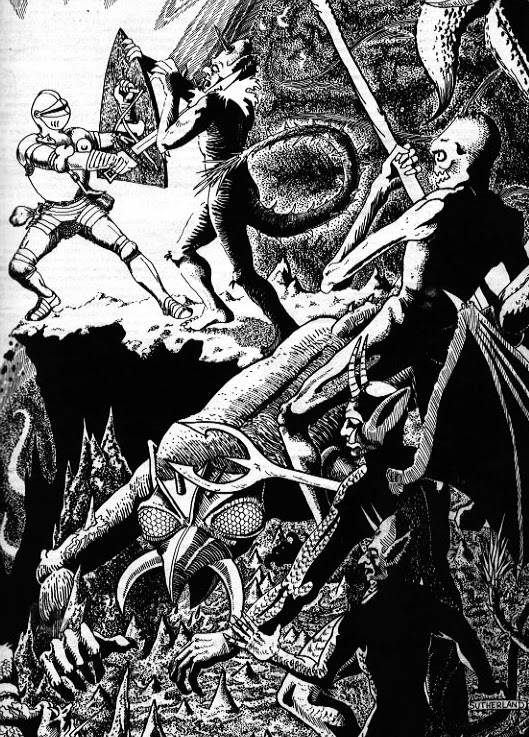 Things on my mind in the last few days: Orpheus, Suicide Squad, the classic picture above (David Sutherland), Perdition, Hell is the Absence of God, Jurgen, True Story, and the Scorn trailer. I'm not necessarily recommending any of them or saying they fit the idea above, but they probably inspired this post. I am also writing an adventure on a similar subject, without the whole "spiritual" angle.

And TV Tropes, but I'm not linking it - you can thank me later!
Postado por Eric Diaz às 9:08 AM