Darkest Dungeon is a fun and addictive PC (and video-) game. It seems strongly inspired by OSR-style RPGs (or at least has similar influences). Playing Darkest Dungeon (DD) reminded me of several interesting principles for my own OSR games.
Of course, the interesting thing about this game is not only the mechanics, but the Gothic atmosphere and the amazing visuals, which go very well with the "dark fantasy" motif. If you want that "feel" in your games, you can try my "Dark Fantasy" line.
Anyway, here are some "lessons" that occurred to me when playing DD. 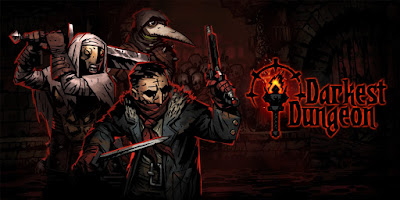 1 - Expeditions. Many modern RPGs are organized through sessions, adventures, campaigns, "milestones", etc. Some even use terms such as scene, episode and season, or divide events into minutes, hours and days. Darkest Dungeon, like some old school modules, is divided into expeditions.
The structure of the expedition is as follows. You start at your "headquarter", the village - a somewhat safe place, where you can buy weapons and supplies, recruit helpers, rest, etc. Then you set out to explore a "dungeon" - a dangerous place, where the possibilities for resting or obtaining useful resources are limited. Finally, IF you survive, you return to the city with some treasures and perhaps a few missing members in your group.
Most 5e D&D campaigns do not make this structure very explicit, but the two I played most recently could certainly benefit from this perspective. Try applying this "expedition" mechanic to Curse of Strahd and Tomb of Annihilation, and you will see some interesting results.
2 - Resource management and encumbrance. Managing the resources that will be carried into the expedition becomes a essential part of the game. Your carrying capacity is limited, you need to bring torches to avoid being surprised by monsters in the dark, enough food to keep you from starving, etc.. In addition, you need to bring shovels, antidotes, bandages and other useful tools. But carrying too many things limits your ability to carry treasure (and, in old school games, also slows you down).
This aspect of the game is all but lost in modern games like D&D 5e, in which encumbrance is too generous and gold is too light. 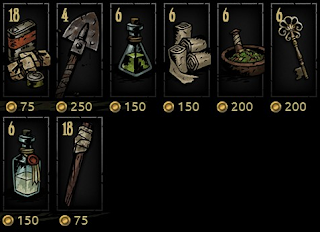 3 - Time limits. Gary Gygax famously said that "YOU CAN NOT HAVE A MEANINGFUL CAMPAIGN IF STRICT TIME RECORDS ARE NOT KEPT" in page 37 of the original Dungeon Master’s Guide
A similar idea applies here. Although there is no explicit "ticking clock", the longer you stay in the "dungeon", the more stress you accumulate and the more food and torches you spend - increasing your chances of dying alone in the dark or going crazy. That means: time, along with torches and food, is a scarce resource that must be managed.
In fact, the stress meter from DD is an EXTREMLEY useful and versatile tool. Although this is not common in old school RPGs, it fits this "limited time" concept very well. I think it deserves a post of its own (on how to integrate this into your RPG games). Stay tuned!
BTW, the problem with stress in DD that it causes some significant amount of stress in real life, lol. Not an easy game! 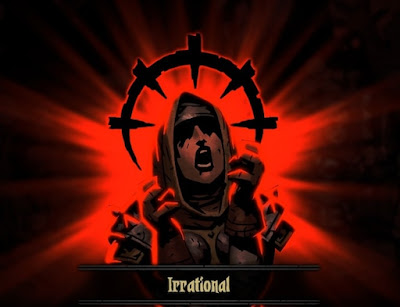 4 - Mundane items. As you can see, mundane items (torches, rations, shovels) are very important. It is not about accumulating powerful magic items, but managing ordinary objects.
In "old school" games, which have much broader possibilities than video games, ordinary items (such as a rope, shovel or 10-foot pole) can always be used in many creative ways to overcome obstacles, although consumable items (torches and rations) lose some of their importance when the characters reach the highest levels
5 - Underground Nightmares x Gygaxian Naturalism.
Since the beginning of RPGs, dungeons have been built in two different (and somewhat antagonistic) structures.
In the first, the dungeon is a dreamlike and almost inexplicable place, containing dragons bigger than the tunnels would allow and creatures that have no obvious ways to feed themselves - as if they came from a nightmare. In the second structure, the dungeon was created for a reason, and the creatures that live there are part of a (somewhat) coherent ecosystem ("Gygaxian naturalism").
In DD, the dungeons fit into the first model, but the game makes some concessions to the second, with aquatic creatures in the most flooded environments and mushroom-men living in the caverns.
The lesson here is that even in the unexplainable environments of a nightmare, having some thread of rationality is useful in giving players some chance to prepare themselves adequately to face the challenges that lie ahead. If there was no predictability, a huge part of the "preparation of resources" phase would be lost, since there is no way to choose the best tools if there is no clue as to what is to come.
Well, I think this is enough for today. I'll have the second part soon - explaining some characteristics of the characters in DD and OSR games.
(Here is part II).
Postado por Eric Diaz às 10:48 AM