The Crawling Titans (of Stone or Flesh?)

The Postulate of Flesh, however, noticing that stone doesn't move, defends the idea that they must be some kind of animal, like the great megalephants of old. 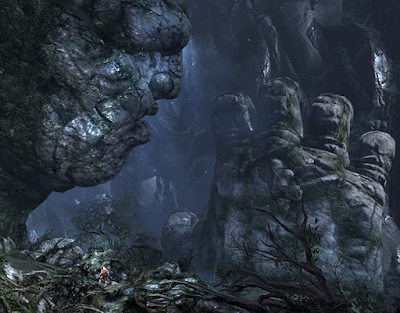 The Postulate of Stone counters by saying their movements are slow - more like sluggish turtles (or even glaciers) than elephants. Surely their immense weight is not caused by mere flesh.
But the Postulate of Flesh notices that the smallest animals are the most resistant against the pull of the ground. Cats can fall from great heights unscathed; insects are impervious to falls one thousand times their size. But push a cow on its size, and it is likely to die. Extrapolate this to Titans, and you'll easily see their legs couldn't handle their own weight in flesh, which is why they have to crawl around in glacial pace. 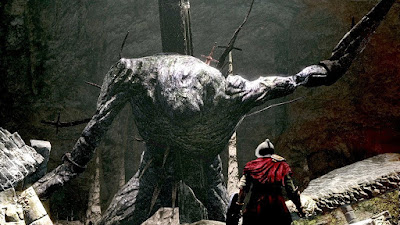 Of course, there are also those who say Titans are sick, cursed, or mortally wounded after a battle with the Empyreans. But rumors and stories are meant for peasants and fools. We, Men of knowledge, should only use reason and evidence to see the world for what it is.
The Postulate of Stone notices that the Titans skin seems to erode, like rock. If they are made of flesh, their fallen noses and fingers should spurt rivers of blood. But the Postulate of Flesh suggests that maybe Titans have and outer layer of rough, dry skin, with flesh underneath - which explains why they sometimes stop to drink lakes and eat cows. The Postulate of Stone notices that the lack of excrement proves they have no internal organs, but them again they eat so little for their size that their innards might have stop working (like it sometimes happen with starved people), which is why they seem to be dying, but them they turn to mountains (which benefits the advocates of Stone), and so on, "ad infinitum". 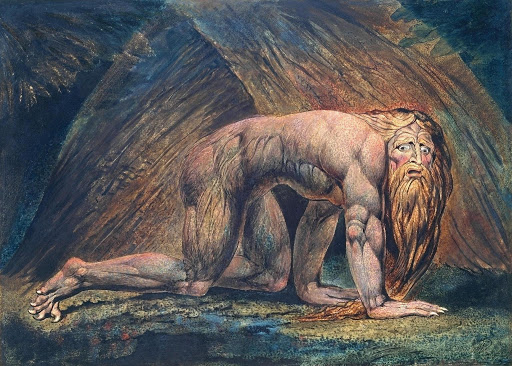 Maybe the discussion will never end until we see the Titans up close. But who would dare such feat? An unexpected move would surely kill a man instantly. The riders of the great steppes of the East are said to climb and ride titans like they were immense boats, sometimes using hundreds of slain animals to attract them, sometimes trying to predict their movements, and sometimes just hoping that the Titan's hunger will lead the sailors to greener pastures.
We, men of science, however, value our life more than those reckless barbarians, so we have nothing but scrolls and stories to guide us, until one them comes crawling blindly over our cities, and reduce all our libraries and towers to rubble.
Postado por Eric Diaz às 9:50 AM