Dark Fantasy Characters, my small PDF about generating PCs and NPCs for your dark fantasy games, has reached gold on DTRPG. It is my second ever PDF to get the gold (the first being Dark Fantasy Basic).
To commemorate this, I'm cutting the price by half. Only 0.99 until the end of February!
My sincere thanks to everyone who helped me get here, including all the readers of this blog.
If you like my books, make sure you allow DTRPG to send you my e-mails - I never spam, don't use it often (I usually say "not more than three or four times a year", but in practice I've probably sent half a dozen e-mails in as many years) and mostly just sent discount for my new books from time to time.
As always, all feedback is welcome! 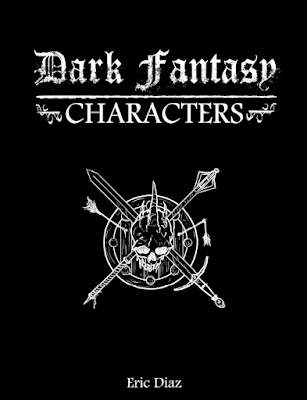 DFC has an OSR feel but it is basically system-less. Most of the tables are like this: 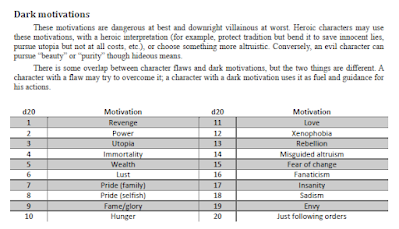 You can see another example here.
Here is the blurb:

This is system-less book, to be used with any game of your choice (except for one table). It is especially suited for medieval dark fantasy games, such as my own (Dark Fantasy Basic).

It includes tables such as:

Names: 100 names plus 20 surnames and particles.

Backgrounds & specialties: More than 80 options to flesh out your charachters.

Dark Secrets, Flaws: Two different tables to give a dark twist to your PCs and NPCs.

Grievous sins: Reserved for the worst of villains!