The rules for lingering injuries are on page 272 of the DMG; they are not particularly good or bad, just a bit fiddly for my taste.

Here a quick, dangerous and straightforward, alternative, that requires no extra bookkeeping in addition to what is already in the character sheet.

This means that the character is very likely to die the next time he gets to 0 HP if he doesn't get immediate help, as has 5% of dying immediately when this happens.

To heal from this, a character must do something more significant that resting for one night. This is up to the GM and also depends on the tone of the campaign: maybe resting for 1d6 days in a safe environment, reaching a safe haven such as Rivendell (if you're playing something closer to The One Ring RPG), getting some medical attention / chirurgery (Pendragon, anyone?), a DC 20 Wisdom (medicine) check (one try per day!), casting a heal or regenerate spell , etc. 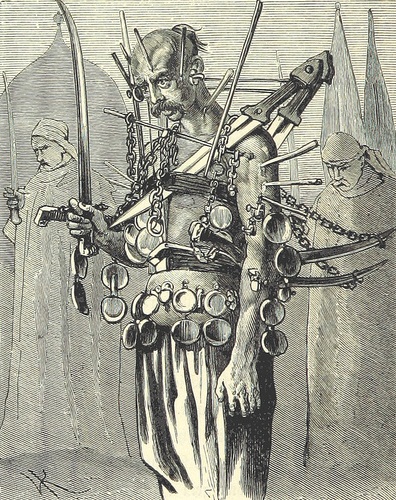 Getting to 0 HP in 5e is too forgiving. In fact, since there are no negative HP, it often pays off to let an ally get to 0 HP BEFORE healing him, since the excess damage is discarded! It seems too counter-intuitive and creates absurd tactics and situations. For grittier games, and specially if you want your characters to have a good reason to return to civilization from time to time, this idea might be helpful.
Postado por Eric Diaz às 11:18 PM