I usually prefer using 1d20 for skills when playing old school games, as you've seem on a recent post. And "roll under ability score" is both easy and makes "every point matter". But I've been going back and forth on this issue for a while.
X-in-6 skills (e.g., you have 2-in-6 chances to do something) have one big advantage, however: the fact that the die has only 6 possibilities and ability scores have 7 modifiers (from -3 to +3). So, if you give 50% chance to an average person (3-in-6), the strongest person (Str 18[+3]) will succeed 100% of the time, while the weakest (Str 3[-3]) has no chance at all.
And that is pretty good. It diminishes the chances of having the weakling magic-user succeed in a feat of strength while the barbarian fails (which, admittedly, will only happen about 3% of the time using a d20 roll under if the ability scores are 3 and 18, but maybe about 10% of the time when rolling 5 against 16). 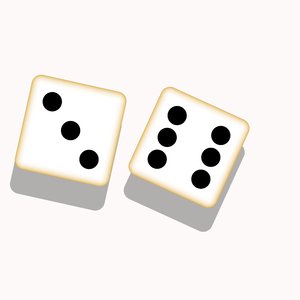 I like the idea that, as Moldvay suggests, "there is always a chance". But sometimes, no chance at all feels better. The strong fighter can kick down most doors, while the wizard can recall most lore - but has NO chance of performing a formidable feat of Strength.
So, here is a method I haven't tried: the GM rolls 1d6 for most challenges (plus or minus three if too easy or too hard), and the PCs must beat this number to succeed. It still allows the weakest members of the party to try anything, but when they succeed, it is very likely that the strongest ones will succeed automatically.
Here is one example: the PCs attempt. to force open a stuck door. The GM rolls a d6, getting 3. The PCs must beat this number to succeed. Anyone with +3 Strength succeeds automatically (even if a 1 is rolled, 1+3 beats 3). Average strength (+0) will succeed if the player rolls 5 or 6. Even a weakling with -2 Strength might succeed by rolling a 6, but the task is impossible if you have a -3 penalty.
Now, some doors are stronger than others - if the GM rolls a 6, only those with positive modifiers could even try!
Of course, if you want to give anyone a chance, you might decide that someone who would need 7 to succeed rolls 2d6 and, if both dice are 6s, it counts as seven - giving the -3 Str PC about 3% chance of success in the first example.
This looks extremely promising. Still, not sure ditching the "unified d20 mechanic" is a good idea.
Postado por Eric Diaz às 8:45 AM