Why I like minimalism: complexity is exponential, and exceptions raise complexity

I've been preaching minimalism (or elegance) for a while now. One reason why this is so important to my games is because complexity is exponential. In other words, sometimes adding three or four paragraphs adds an unexpected amount of complexity to the game that to you become a hurdle for each new ruling our change I want to implement.
A simple example: if you have five different saving throws, every new class has to include a savings throw chart. Adding a sixth saving throw requires you to change all classes.
Another example. B/X has seven classes (fighter, MU, cleric, thief, elf, dwarf, halfling). If we separate race from class (fighter, MU, cleric, thief, in combination with human, elf, dwarf, halfling), we have sixteen possible combinations. Which, by itself, is not a problem; on the contrary, you only have to analyze two sets of four to get sixteen options.
(I'm using B/X as an example because it is already a very minimalistic game compared to AD&D or modern systems. Sometimes people seem baffled when I mention I think D&D 5e is too complex - let alone B/X. I think it illustrates my point).
Now, let's say some class-race combinations are forbidden. Say, dwarves cannot be mages. This exception, by itself, does not add complexity; in fact it removes an option. But now, for every new class and new race you want to add, you have to consider which combinations are allowed. If you have ten classes, now every race has ten units of information added (or more - "can you take this class", "what is your level limit"). Analyzing a race to pick has become a lot harder.
[This is a reason why race-as-class is USEFUL, BTW. If you use that, new classes includes race, level limits, and everything else that is needed. You could have a fifty different classes without adding significant complexity to the game. I prefer, however, having fewer options but more combinations, e.g., ten classes and ten races]. 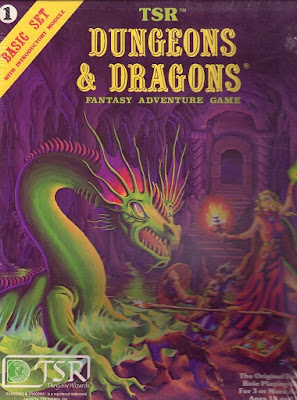 What about multi-classing? "Take a level in another class" is simple enough. See 3e D&D (well, it is not THAT simple, but it is okay). But notice that the complexity spreads - races have favored classes, which affects multi-classing. Creating a new race takes longer. CHOOSING a race takes longer. And if some multi-class are forbidden, adding a new class affects the complexity of ALL existing classes because you have one more combination to analyze.
Notice that, because of this, complexity LIMITS choice. You cannot have 20 races if each race has to consider 10 classes, lest races become a list of exceptions and limitations. (I am writing a small B/X-inspired book with more than 20 races, BTW - see below).
Here is another common problem. Say I buy a setting book that includes a new race... and notice a cool new class in ANOTHER setting book. If "level limits" or "class restrictions" are required, these two things simply do not communicate, unless you adapt them yourself.
---
A small digression:
This is also related to the reason I dislike small mechanical features that simply do not come up 99% of the time. For example, everyone who has played enough B/X knows elves are immune to ghoul paralysis. You probably don't have to write it in your sheet. But there are maybe 150 monsters in B/X, and the ghoul is only one of them. This is adding complexity to the elf for no reason (notice that immunity can be limited to the GHOUL'S description instead of the elf's description).
Also, "immune to ghoul paralysis" is not the kind of information that should be used to describe an elf in a few paragraphs. Yes, this can be an interesting fact about elves if you're writing "the book of elves", but when selecting a race for your PC this is as important as writing that elves are "an important ingredient of thri-kreen cuisine".
This also reminds me that certain "facts" about races are setting specific - so, it is conceivable that "elves cannot be clerics" is only true for some settings and thus shouldn't be included in the elf's description.
I was jut listening John Vervaeke on Lex Fridman mention an interesting thing: when we see a dog in the street, we might say 'look, a dog eating a bone", instead of "a mammal", "an animal", or "a cocker spaniel" (or even "an ingredient of goblin cuisine"). There is an ideal level of depth/detail when trying to describe something in an useful way.
---
In short, this is why I prefer minimalist systems: I can add my own stuff with minimum effort.
This is why I do not use multiple saving throws, separate XP tracks, level limits, class limits, ability requirements, etc., in my games.
Dark Fantasy Basic is built entirely with such ideas. It is a complete overhaul of Moldvay's Basic. I think it might deserve some updating, maybe in 2023-2024, to add GM rules, races and monsters. But it will take a while.
Old School Feats is my first take on expanding B/X without adding complexity: only four classes are considered (fighter, MU, cleric, thief), but within this four classes you add abilities that are usually reserved to druids, warlords, rangers, paladins and mountebanks, WITHOUT having more XP tables, saving throw tables. It also adds a minimalist version of multi-classing that has worked well for me (does not involve XP). Well, half the book is in the previews, so you can see for yourself.
My next project is a book on races. I'll try to keep the same goal: adding options, NOT exponential complexity. Race separated from class, no level limits, but I'll probably make some concessions to the original rules to make it perfectly compatible to B/X.
Finally, if you want a minimalist take on OSR games, you can check it here ("Minimalist OSR"). It is still unfinished and it's free. I'd love to hear your feedback!
Postado por Eric Diaz às 11:14 AM