I haven't written an "old school rambling" in a while. Well, with the latest from D&D 5e (especially Tasha's) I think this is a question worth addressing.
As you know, I play mostly 5e and OSR stuff. Here is an important difference between the two: in the OSR, the GM needs to know the rules, while the players can play with learning much. In modern D&D, there is a tendency of requiring the players to know a lot about the rules (3e is probably the main offender here; 4e is a bit better, and 5e a lot better in this regard).
I am not saying this is true of all OSR games (or modern D&D, for that matter); only that this seems to be the expectation. 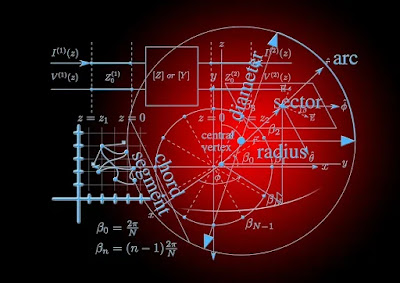 Lieutenant Wilhelm Jacob Meckel published a treatise in 1873[d] and another in 1875[e] in which he expressed four complaints about the overcomplicated rules of Kriegsspiel: 1) the rules constrain the umpire, preventing him from applying his expertise; 2) the rules are too rigid to realistically model all possible outcomes in a battle, because the real world is complex and ever-changing; 3) the computations for casualties slow down the game and have a minor impact on a player's decisions anyway; 4) few officers are willing to make the effort to learn the rules.[13] The fourth issue was the most serious, as the Prussian military struggled to meet the growing demand for umpires.[14] Meckel proposed dispensing with some of the rules and giving the umpire more discretion to arbitrate events as he saw fit. The only things he kept were the dice and the losses tables for assessing casualties.[15]
In 1876, General Julius von Verdy du Vernois proposed dispensing with all the rules and tools completely and allowing the umpire to arbitrate the game entirely as he saw fit.[f] This form of Kriegsspiel came to be known as free Kriegsspiel (counterpart to Reisswitz's rigid Kriegsspiel) and was well-received by the officer corps because it was easier to learn and allowed umpires to apply their own expertise.[16][17]

As you can see, in "Free Kriegsspiel" the umpire (GM) is supposed to know more about the rules than the players. In fact, he can completely disregard the rules in favor of "ad hoc" rulings that better suit the the complexities of the real world (or the even greater complexities of fictional world, I'd guess).
That hasn't been my experience with 5e - or modern D&D in general. The fact there is a lot of discussion online about good "builds" and "character optimization" shows me that the players are supposed to know the rules in some detail.
On the other hand, the amount of existing material makes nearly impossible for a GM to know all there is to know about players characters (more and more with every new splatbook, of course).
In practice, in the 5e tables I have participated, each player was responsible for knowing the rules that applied to their own characters. They choose their own races, feats, classes and subclasses, and the GM doesn't need to pay attention to the character sheets.
That is fair enough for me - the GM already has a lot on his plate.
However, like in "rigid" Kriegsspiel, having complex player-facing rules discourages them from learning the game in the first place.
On the other hand, I play the game with experienced players... who also play GURPS, Savage Worlds, and many other games. They are fairly smart guys, but there is no way they can memorize all the rules of all those games, and that's not our focus anyway. When playing 5e, I've realized they forgot half their features by level 10. I can only imagine how level 20 playes, since we didn't get there.
Of course, memorizing and using many features forces you to focus on the character sheet - but the moments we enjoy the most in our games are focused on the fictional world.
(I've just realized there is a lot of overlap between this post and the character sheet one... oh well).
And in combat, my players like grappling, dropping heavy objects on opponents, pushing them from high places... things that are not necessarily encouraged in the existing rules.
So, anyway - this is the reason I'm writing a minimalist D&D. I seems like a good options for both new players and experienced players that play a lot of games or don't care to memorize lots of rules. The exception are the players that like system mastery.
It is certainly a matter of taste - and I'd certainly be happy to run a game for hardcore 5e optimizers, as long as they take care of their own sheets and let me run the game as I see fit.
I guess I prefer Free Kriegsspiel over rigid Kriegsspiel, after all.
Postado por Eric Diaz às 5:35 AM