Shoulders of giants (50 years of RPGs)

Today is an important day for Role Players. Yet, after searching my news feed it also seems to be yet another secret history day. No one in the news media has bothered to do an article. Most gamers are just plain unaware of how significant today is, because Gary Gygax's and Dave Arneson's names are no longer on the game book covers.
​Without that connection between the names and the game, the two creators of D&D are fading into obscurity despite all they have done for the hobby.
[...]
50 years ago today, a group of gamers gathered in the basement of the Arneson home in St. Paul, Minnesota...

This interesting post, plus some talk about the original DMG, got me thinking about the roots of D&D.
I'm not the greatest fan of playing Chainmail, OD&D or even AD&D, to be honest. My favorite version of old-school D&D is Moldvay's Basic, because I think that the books that came before that were hard to understand and full of inconsistencies (AD&D had complicated rules that not even Gygax used).
[I'm not particularly interested in discussing the exact date either; that's not the point here].
But reading these original books is incredibly useful. 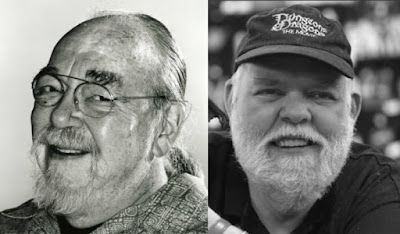 I have a half-written post about how finding, compiling, and organizing things is as important as creating new ones. "Rescuing" certainly can be added there.
In the context of "minimalist D&D", it is worth mentioning that Arneson was playing he types of games I would call "minimalist" in 1971.
Look at this document: 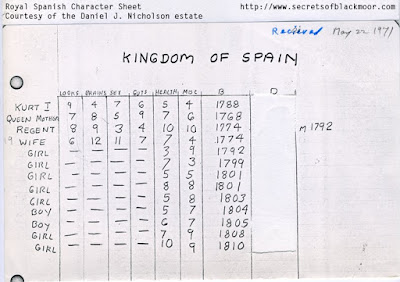 You can find some information about it here.
Now, this might not be a RPG; apparently it is part of a wargame (or something "transitional"). As you can see, Arneson had minimalist stats for characters... including a "Miscellaneous" stat apparently! This is similar to "proficiency bonus" or "expertise" avant la lettre.  And... sex? Well, who knows. Maybe sex appeal or something else entirely.
Comparing this early stuff to AD&D might make one think that it was Gygax that added needless complexity to the game.
But that would be unfair, IMO. It is obvious to me that you needed both Arneson and Gygax for crafting the masterpiece that early D&D is, and Gygax contributions is more abundant and obvious (if not necessarily more important).
(And apparently Arneson would soon be adding rules that I might find too complicated in his own games).
Case in point: the original DMG*.
The 1e DMG is all Gygax, and it is probably the best DMG there is.
It is amazing to see how little later editions have improved (when they did, which is seldom). Everything is there already; the classic magic items, NPC creation, AWESOME dungeon dressing, GREAT campaign advice (mixed with some odd stuff, surely). It talks about bell curves, something the 5e DMG apparently found unimportant (preferring to add "automatic success" rules that barely take probabilities into consideration).
[What modern editions certainly added is organization, looks, and layout; I feel like I "own" modern D&D some praise because of that, and I'll write a post soon].
Even the Appendixes generated entire books about them.
The Appendix N is the most famous one - it inspired DCC RPG*, one of my favorite RPGs, and at least one literary analysis book and one anthology. with "appendix N" in the name!
The Appendix D (random generation of creatures from the lower planes) planted the seed for the Teratogenicon and other books of the sort. One single paragraph ("STRICT TIME LIMITS") is the source of endless debate.
The original DMG is one of those books that leave you in awe. It makes you wonder if there is anything left of value to add to that. There is treasure to be found in every section.
I've said before that apparently "most of the possible variations were created in the few years that followed the publication of D&D, and subsequent editions just adopted one or another without really innovating that much.".
To that, I should add this:
The original D&D games, published in the 70s, contained a vast trove of information we are still exploring. The amount of material we've added in the last 40 years has not surpassed the genius of the original ones or made them obsolete, and at this time we are not sure it ever will.
* By purchasing stuff through affiliate links you're helping to support this blog.
Postado por Eric Diaz às 8:10 AM