I already wrote some stuff about single-digit weapons (although I'm thinking of making them even simpler) and single-digit characters.

Now, let us talk about single-digit monsters, i.e., those monsters that are describe by little more than their HD. I already wrote about this here, and now I'll take it a little further.

Take a look at that last link, if you will; it extrapolates quotes from Gygax and rules in the RC to find out a monsters' BAB, damage, AC and saves, using nothing but their HD.

But what if you want monsters to have skills? Does the dragon have a better chance of noticing you sneaking around than a dog or lion? Can it sneak on you, somehow? 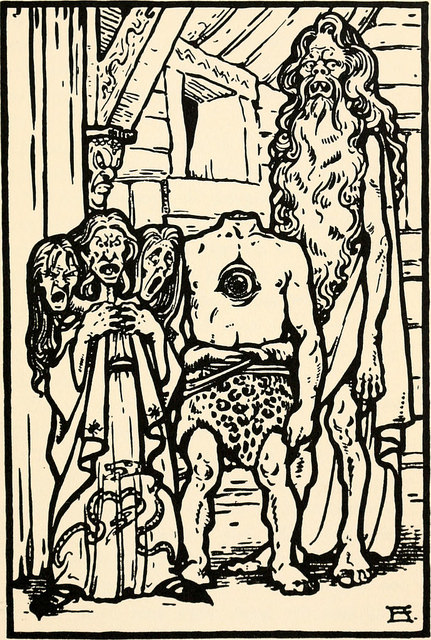 There are a few solutions to that.

The easiest one - and probably the best if you want something simple and straightforward - is ignoring the problem. You already have a rule for heroes sneaking around, you don't need another rule for monsters finding them.

Another good solution is the one used in The Black Hack. Monsters with more HD are better overall. This fits with the whole meaning of levels and HD. Still, giving the 20 HD Tyrannosaurus a +20 bonus to sneak around sounds a bit strange; in this case, I guess you would use the previous idea.

Fifth edition mostly uses a formula based on CR; so though monsters, again, are better overall, although a little less so. 4e takes a similar approach IIRC, while adding its own interesting ideas on bear lore.

3.x edition gives monsters skill bonuses, instead. This just complicates things. The Triceratops from the SRD seem to have "Listen +13, Spot +12". Not only it makes me wonder what would one accomplish with this little +13/+12 difference, but also it makes the Triceratops a better guard than a dog for some reason. Although I'm sure that there is a rule somewhere that says bigger enemies have a penalty finding you - what is the point of giving them a bonus and them a penalty then?

If the rule accomplishes nothing interesting, I would prefer not having it in the first place.

This is not a criticism of 3.x D&D; the RC is one of my favorite versions of D&D and has a lot of redundancy, IMO. For example, why do all monsters need an "save as" trait if, most of the time, they just save as a Fighter with the same HD or something very close to it? Also, do we really need to have movement listed twice for each monster, with the second number being the first one divided by three? 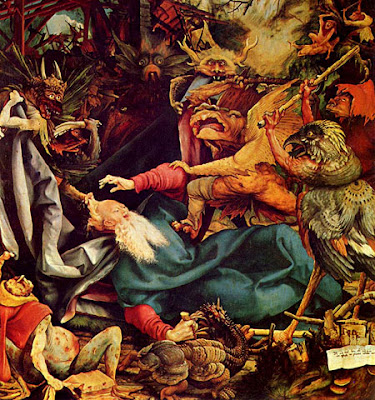 So, if we rule out not having a rule, having a bonus based on HD, and adding more details to the monsters, what is left?

Well, when you think of it, there aren't that many types of monsters. There are the big, though ones, of course, and then the sneaky ones, the quick ones, the magic ones... and the special ones, I guess.

This means we could have a few monster classes, somewhat similar to character classes; not to make monsters more complicated, but to make them simpler.

Dare I say fourth edition got the right idea about this?

Just divide monsters in a few classes, and somewhat equivalent - or even identical - to character classes.

A dungeon room thus could be described like that:

"In the middle of the room, there are two Red Ogres (Brute 7) discussing what to with their three prisoners (the previous group of adventures; Fighter 4, Thief 3 and Cleric 5)..."

Some people might prefer to have a complete stat-block, with the Charisma and skills of each guard dog calculated beforehand. If that is the case, there is plenty of monster manuals that do something similar.

Still, it is nice to have some abbreviations to write adventures, settings and even describe monsters on those times when things like "Listen +13, Spot +12" has no relevance for the thing you're trying to describe.
Postado por Eric Diaz às 3:42 PM